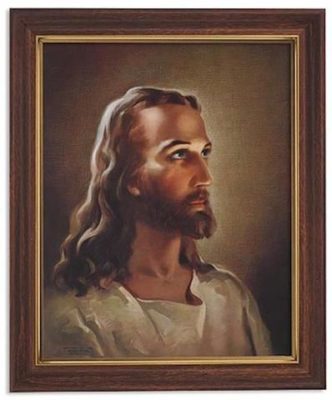 730 Views
Dream:I saw many frames with Jesus inside them and no backgrounds. I heard the words “unclean” many times. I instantly thought it was referred to as something I did wrong, but then God led me too and was teaching me about ACTS 10 scriptures where nothing is considered unclean anymore and Jesus wipes away our sins by his blood… it say’s: ACTS 10:14 But Peter said, Not so, Lord; for I have never eaten any thing that is common or unclean. 15 And the voice spake unto him again the second time, What God hath cleansed, that call not thou common.
ACTS 10:28 And he said unto them, Ye know how that it is an unlawful thing for a man that is a Jew to keep company, or come unto one of another nation; but God hath shewed me that I should not call any man common or unclean.
I also again saw many faces and people pop up like pictures. I do not know these people and not sure why i see them. i did however also see a name being formed the other day along the lines of Tony Rudious.
I also saw the front door of my mom’s house being opened and something invisible placed a dark metal suitcase inside and then left and shut the door back. I feel this is something/someone dark that will try to enter in.
I saw my friend CB’s face with the words “seer” next to it. God will manifest his gifts for him in time.God also taught me something with the ACTS 10 scriptures, that there was even confusion at first with the meaning behind Peters visions and dreams, but the spirit you see speaks and teaches meanings at the right time.ACTS 10:17 Now while Peter wondered within himself what this vision which he had seen meant, behold, the men who had been sent from Cornelius had made inquiry for Simon’s house, and stood before the gate. 18 And they called and asked whether Simon, whose surname was Peter, was lodging there. 19 While Peter thought about the vision, the Spirit said to him, “Behold, three men are seeking you. 20 Arise therefore, go down and go with them, doubting nothing; for I have sent them.”