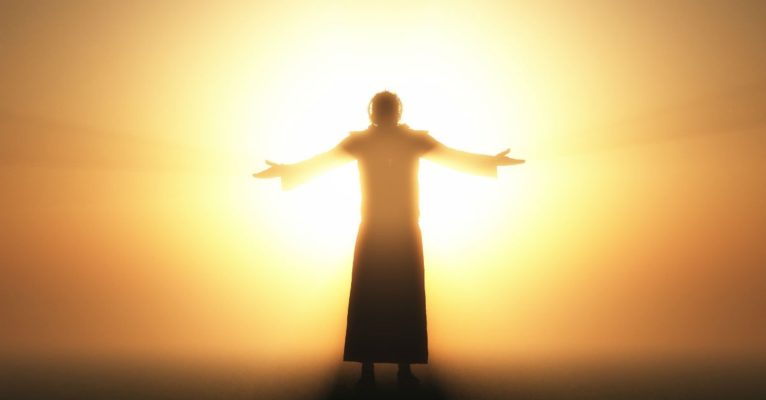 I had two visions of him with his back facing me. One he was in a dark gloomy place like scary scene and the second he was in a brighter place with a gold glow all the way around him. Both times he was staring out at like a big city or something. Watching something. I discovered he also showed his back to Moses in scriptures, not as a sign of anything bad, but to show his glory. I believe the second vision of his glow was to confirm that. I found a site explaining this.https://bible.org/seriespage/29-backside-god-exodus-3318-349