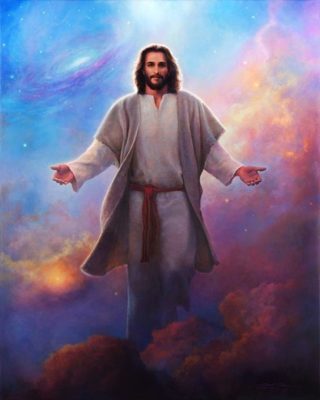 1,037 Views
God is confirming he is talking to other’s about what he say’s to me. God confirmed a similar meaning between me and my friend Rodin by giving him a vision and me words. He basically showed us similar meanings for something we were asking about regarding falling into sin. My friend Rodin who I prophesied through a vision God gave that he would be a seer (also a dreamer) had a second vision yesterday. His first was a symbol when he woke. His second Jesus was standing with him showing him the bible and a scripture popped out like on a white background. He said it was all black and white. He gave me a similar scripture through the words…”Let any that fall” and that led me to 1 Corinthians 10. He did not tell me his vision until after i sent him a text about that scripture and told him it’s meaning. We both were like wow. God confirmed my vision of him being a seer and showed me my gift is transferable. My sister also has been saying she dreams more and dreamed she would get visions and was sad in her dream about seeing a vision bc no one would believe her like me.
Vision: Jesus with outstretched arms standing on a small cloud with colorful sash over his white robe. (With a strong hand, and with a stretched out arm: for his mercy endureth for ever psalm 136:12).
Vision: Traffic map outline and was colorful with roads.
Words: “I love it on a fully armored day” (Ephesians 6:11…Put on the whole armour of God, that ye may be able to stand against the wiles of the devil.), Let Any That Fall (1 Cor 10, Basically Submit to God and Resist the Devil and he will flee from you is what both me and Rodin got),” Stronnng” (emphasized), and “Healings”. Wow, so much of the parts he gave me related to what he showed us both.
Dream: This dream was very realistic and I started out flying above a light green car that looked just like my ex’s car. I followed this car along a highway and I knew what God was about to show me. After a little bit of driving he ended up crashing into a semi and they both were very badly crashed. I don’t think the person in green car survived.