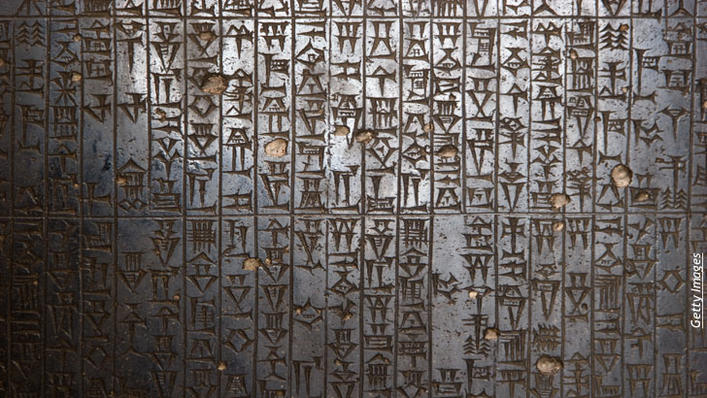 I don’t have many open visions, so when I do I get excited. This was a cool one and related to the two black boards vision I had recently with codes or writings in a different language and it appeared like hebrew code. I woke seeing a circular object turning and on it was many white letters forming some kind of secret codes which appeared to be in hebrew code. I know like the last vision it is important, but no clue it’s meaning.

I don’t fully understand this yet, but it talks about bible codes…http://www.bible-codes.org/mene-bible-prophecy-nun-tet-atbash.htm
Vision: I saw a quick close up of Jesus face again. He loves closeness with us.
Heard: I heard “He is getting divorced now”…not sure if this is strong man or a friend I know.
Dreams: I was having many dreams and I didn’t write all them down like I should, but I remember a few. I was sitting at a round table with a bunch of people. It appeared to be spiritual ppl and they said something about questioning if I was close to God and I remember getting frustrated and commented on their doubts. They became silent afterwards bc what I said was true.
I remember running through a field with two girls and they were like my really close spiritual friends. Somehow I was the lead and they were learning off me. It felt like another life. Maybe some of these dreams are when Jesus returns.
Messages from God:
Again he said “All your questions will be answered”…and wow so much is he saying “READY”…
I keep seeing the name “Tony” and not sure why this name is being thrown at me so much in visions and awake. Is there a Tony reading this? Possibly Tony Rudious?