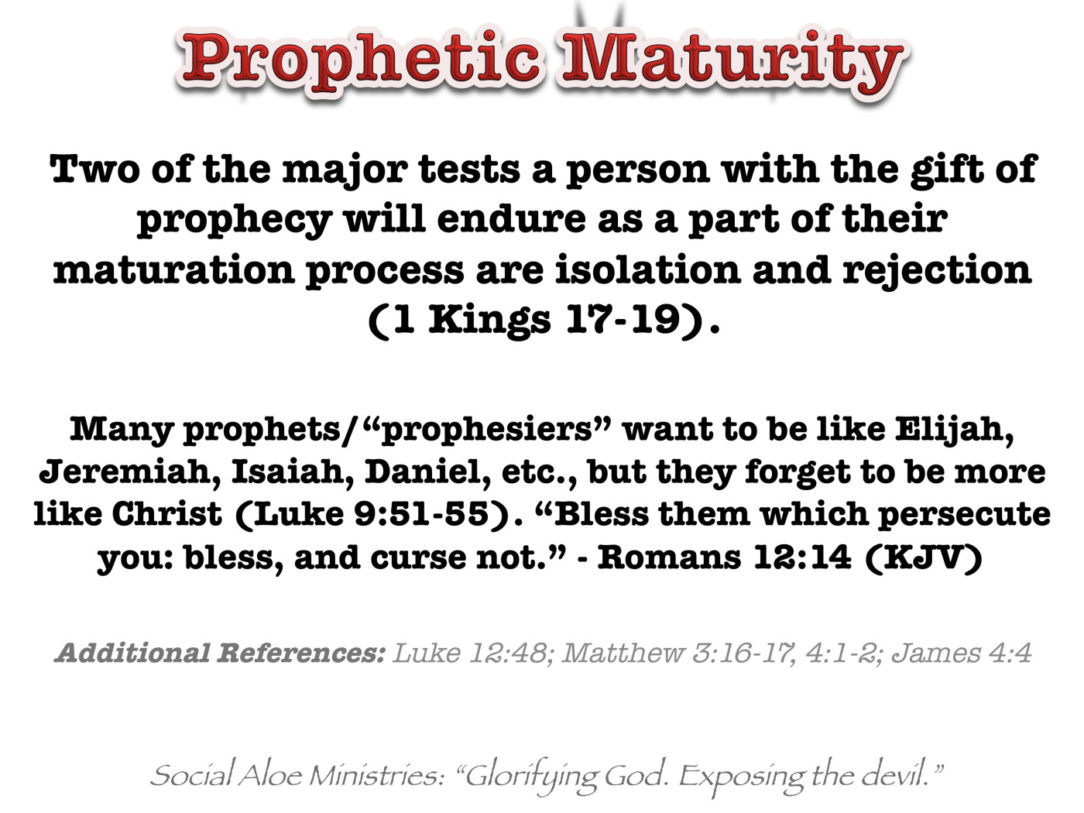 Wanted to write on this topic that God has been teaching me, through a serious of incidents of rejection lately. Like Jesus, prophetic people go through so much rejection and disappointment especially in training. I have had one blow after another and was like what is going on God. I have a wonderful gift, but it comes with great pain also. Many churches have distorted the people to being so fearful of prophecy today, but God is the “SAME” and chooses to still speak to his prophets today. A true prophet will lead you too Jesus! I desire to share with the world what God say’s, but most are not open to even understanding prophecy from the Lord or his deeper lessons. I know this rejection is also his hurting heart of people rejecting him bc they do not understand how to be led by his spirit. He wants to speak to his sheep! It’s also an attack to keep us silent and block our connection to the Lord by blocking our hearts with pain. I had my own fears in the beginning where I wanted to be sure I was not going against the Lord or hearing from something else, but God has confirmed my prophetic gift over and over, yet people will still call “false” before they even read what God has said through me or asked God to confirm. They made up their mind already! I know though it’s lack of true understanding of his spirit and prophecy. Jesus talks about this in John 10:24-27, where he revealed God’s works and they still did not believe him. Rejection was part of his calling, same as his prophets. When God speaks, you will know! He will pursue you like a lion if this is your gift and you will not be able to deny it is him speaking. I honestly never would have chosen to be prophetic because I saw their sadness and suffering in the bible. I didn’t choose this path, but he chose me. In the beginning I asked “God, is this you speaking to me?” and he said “I am the Lord your God” smiles loved it when he said that…so powerful! I don’t care to convince people of my gifts, if they don’t believe then they are the ones missing out on his movement. It’s all for him! I just do what I am told, and his true believers will know it’s from him. He will confirm!
———————————————————————————-
Found a great website that talks about many leaders explaining how prophetic people go through many disappointments and struggles.
” Frustration is an enemy to the prophetic ministry. It will always color our thinking, infect the word we have, and give us a jaundiced perspective on the life of the church. If we are to represent God’s heart and be good servants, we must learn to master our frustration. (Graham Cooke, Developing Your Prophetic Gifting, p.78)
Prophetic ministers seem to have more disappointment with God than the average person. They often see clearly how things should be or how God plans for them to be. But they have to wait in faith for a longer time because they have seen further ahead. They are much more prone to the Proverbs 13:12 difficulty: “Hope deferred makes the heart sick.” Because their expectations are typically higher, they are more deeply disappointed…. Every time Jeremiah opened his mouth he got in trouble. He was perplexed, he was ridiculed, and he wanted to quit. Nevertheless, the word of the Lord was like a fire burning within him, and he could not hold it back (Jer 20:9). Some of that pain comes with the calling. (Mike Bickle, Growing in the Prophetic, p.130).
The prophetic spirit is not worried about the timing of the prophetic word. It links with the heart of God and declares his heart. Be patient, stay with God, stay with his heart. (Wesley Chambers)”…