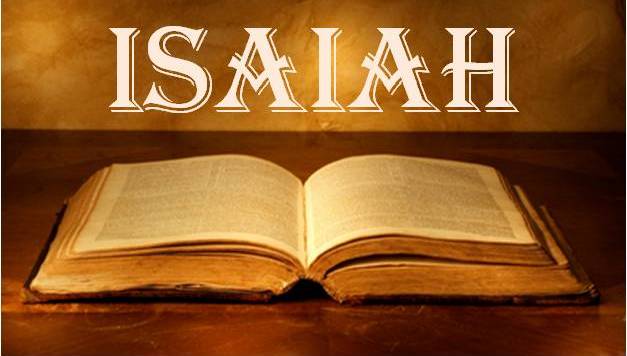 910 Views
A few day’s ago I had an experience where my cousin had a dream he was gonna die and he has a lot of health problems so he went into panic mode. Three day’s prior to that I heard God say “Isaiah” when I closed my eyes. I never got around to reading it and was not sure what he meant by it. I was standing at the door when my mom came down and said your cousin wants everyone to pray for him on 3-way. Of course I was not in a people mood so I tried to avoid it by saying I will pray in my closet. I heard my mom talking to him and I remembered the verse where the guy asked God for more life and God gave it, but could not remember what scripture it was. I looked it up and it was in Isaiah. I instantly knew it was what God was telling me to tell him. I got on the phone to tell my cousin how excited I was because God had a message for him I felt. I heard my aunt saying the same message, just ask God. I told him everything and my aunt and I were flowing in the spirit so well we both were shocked at how it went. I asked my cousin if he ever asked for baptism of Holy Spirit and explained it to him. My aunt prayed for him to receive it. We gave him hope that he can cast out his own sick demons and heal himself and that there was more then just being sick and dying. He accepted the Holy Spirit baptism. The next day he went to get tested on his heard because they said he had a possible stroke, but they found nothing. Was such a good experience to see how God worked and that he actually wanted to use me despite my pushing it to the side. I still deal with my own battles daily, so sometimes it is hard to keep focus. I need a lot of mending in my heart still, but praying God gets me to where he wants me.