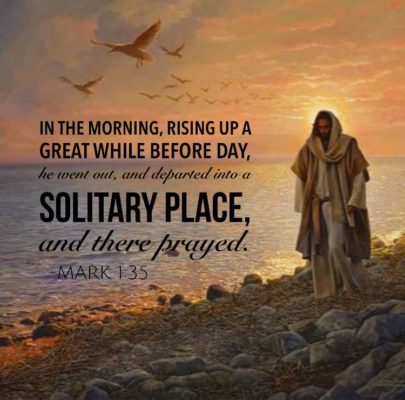 Vision: Jesus was Rising Up from the ground with his white robe on. I think this is some meaning of rising up or he has risen.
Vision: I met a friend online and was able to witness to a lot of people in this group about all Jesus has been doing for me. However, I did not see what the group leader looked like or know much ab him. I woke with a vision of him in military clothes, with short black hair and looking out into the sunset. The next day I asked him if he was in military and if this describes him and he said yes. God gave me a description of him to prove he was speaking through me. God gets the glory.
Dream: I dreamed of an event that happened the night before, I dreamed of my grandpa and he was asking me to move him room to room and my cousin was there asking to help. I was woke with my mom telling me they are going to be moving your grandpa today and my cousin was there helping, so it all came true.
Dream: I was dreaming of the man I was gonna marry and it was like I had to walk down the aisle not knowing him yet, but I had to trust God’s choice without seeing him.
Dream: Several little girls were in a room with a closet and all full of water above their heads. The little girls were in the closet, so I opened the closet to let some water out so they could breathe. Some of the girls turned into cleaning items after I did this.
Dream: I was trying to stop a guy in an argument who was going to punch a guy in his face for revenge. I said none of us are prefect, we all have sins and they started to argue with me and then he pulled out his gun and shot at me 5 times. I prayed for protection and after the first two shorts I went to the ground and felt two bodies surrounding me. I was being protected by angels. I remember going to the hospital, but I drove for some reason trying to get a hold of my sister and it just seemed nobody really cared much, but they were coming. I even never got a wheelchair and I had blood dripping from my body. I had to go through all these steps at the hospital before they would even see me. Somehow the evil guy got hurt too and had to go in ambulance and was going through surgery also.
Dream: I was in a building and there were creatures running everywhere and they were unique, not from this world. One was kinda scary dark like a man form in some ways, and he was trying to get to me, but I kept going through doors. One appeared like a dinosaur but was more unique looking. In this place someone tried to give me a quiz without instructions. I told them I had to have the instructions first.
Saw: Tony is online so don’t wait and Tony online.
God said “Love Yourself”…
For three days I was seeing and hearing from everyone or everything i came across just about “You have to love yourself” A few people said it to me and I was seeing it like crazy, so I know God is giving me a message. At first I thought this is selfish thinking, but then I understood why God was telling me it. There is scripture that says…matthew 22:39 And the second is like unto it, Thou shalt love thy neighbour as thyself.. It doesn’t say love yourself OVER your neighbor, but AS your neighbor. Love yourself enough not to let someone wrong enter in and harm your thoughts, your mind, or your happiness or take you away from God. If we don’t love ourselves enough to know who we are in his kingdom and with him inside of us, we will fall for anything and any trap… especially in relationships.