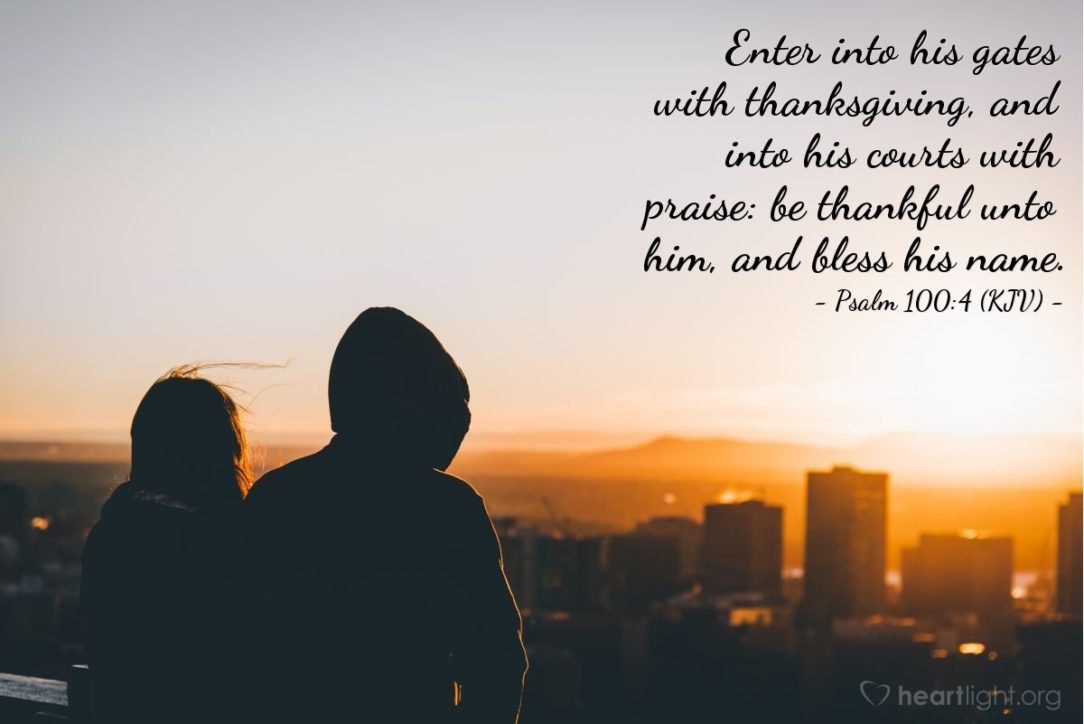 I saw a vision of 3 rows of words in fancy writing and 3 columns down. Then I zoomed into the bottom left word and it said “Thankful” in fancy fonts with white letters. He has been repeating these words to me since he started teaching and honestly I never truly dug deep enough into them to learn until he gave me the words this time. If we are being trained to be like Jesus, then we have to also learn to be thankful like Jesus was. Jesus was thankful to the father for several things. He was thankful for his food Matthew 15:36. He was thankful that God heard him John 11:40-42. He was thankful that God provided for him Matthew 14:19. He was thankful that the father withheld true wisdom for the ones who were childlike or babes (trusting and believing God, the humbled) Matthew 11:25.  I know this is repeated, but I used to think I had wisdom after I asked for it at 18, but I had nothing compared to what he started showing me after I was converted in my late 30’s. He actually came and wiped away my old mindset I learned from my church my whole life and retrained me with his truth. He taught me himself, no man did. He actually spoke! God will repeat his truth and we have to incline our ear. You will live the bible out in your life with Jesus speaking you through it. He will repeat if necessary. Just like I just did ;p
Psalm 100:4 Enter into his gates with thanksgiving, and into his courts with praise: be thankful unto him, and bless his name.
Colossians 3:15 And let the peace of God rule in your hearts, to the which also ye are called in one body; and be ye thankful.
Matthew 11:25 At that time Jesus answered and said, I thank thee, O Father, Lord of heaven and earth, because thou hast hid these things from the wise and prudent, and hast revealed them unto babes.
Romans 1:21 Because that, when they knew God, they glorified him not as God, neither were thankful; but became vain in their imaginations, and their foolish heart was darkened.
————————————————————
I am rewriting some of this to just add what God said.  I need to confirm some things before I go further with what I was speaking of.

A messenger girl came to cheer me up and she told me things God also told me.  That I need to be patient for him and God would make it clear basically was her message. Her messages I know were from the Lord and at a perfect timing.  She also witnessed to me ab how God spoke to her when she was ab 5 years old and drowning.  God told her she would be in the hospital for 5 days and then be out and ok.  It happened the way he said.

A vision of Jesus standing sideways and he had his fist in the palm of his other hand. He was looking down while doing this like thinking.  He had his white robe on and a tan sash.  His hood was not up this time.

I saw a vision of the words “i love you”

Vision: I had a vision of myself walking out of my sisters house with a dark bag with a lot of small puzzle pieces in it.  They were white, baby blue, and fainted red colors.  God has shown me a pattern of puzzle pieces before.

Vision: I saw a shooting star shoot upward in a night sky.

Vision: I saw a very beautiful water splash up that had vibrant colors in it of whites and blues and various vibrant colors.  It seemed to be in slower motion.

Dream: I was walking with a group of ppl over to the next exit over on a highway and we stopped to rest by a water pipe.  I seen a man coming over and he had headphones hanging down from him with a dark cut off shirt and jeans on.  He had dark goatee and hair.  He seemed like he was trying to get closer to me, but was working.

Heard a ding in sl and then saw a name of “envito or enkitto”? not sure which exactly.

Dream: I saw German soldiers/men with guns taking over hostages in Italy.  They were in some hospital setting.  The italians outside eating did not know what was going on yet.

I saw a Pakistan lady in court on the stand and she said, “They came to persecute you” I should add that the messenger lady above was from Pakistan and I had this vision that night after meeting her.

Dream: My friend Rodin was in the dark in his apartment it appeared and he was going to move and could not find his key.  He was waiting on a ride to pick him up and seemed stressed a bit.

Dream: I dreamed my mom and dad were together again and neighbor was letting them use his power tools to hang lights in October.