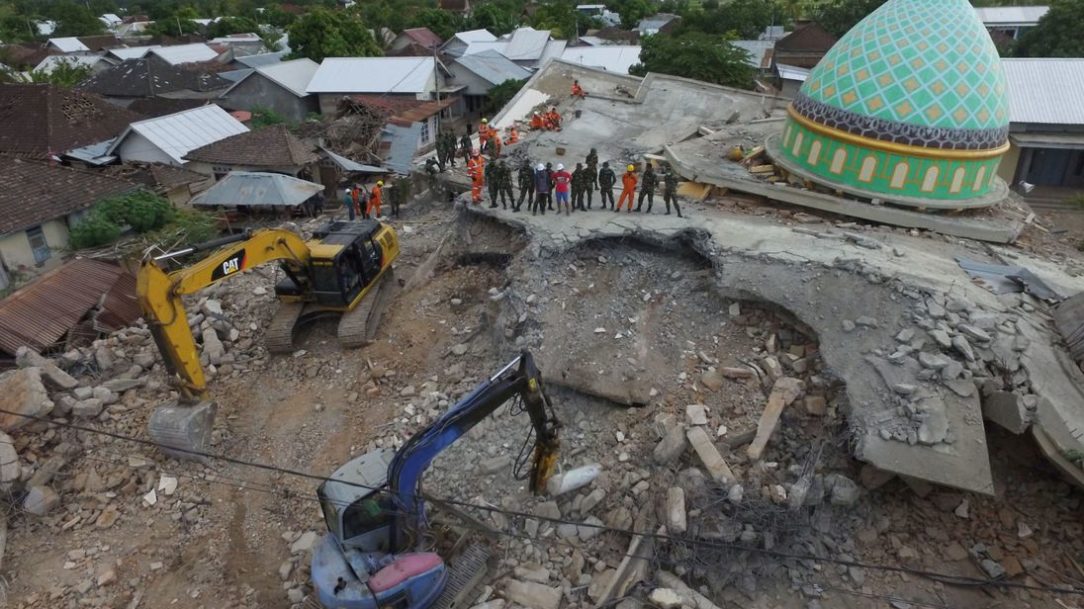 I was looking through my phone and came across an event that happened the day after God showed me the rocks crushing into one another and on top of things. August 11 he showed me a world map and then i saw the rocks crushing in different places. Rocks are what causes earthquakes underground by breaking or crushing into one another. The next day Indonesia had a massive earthquake on August 12. Did God show me he was choosing where this event would happen? The words “See at Events” also was mentioned and that makes me think it was the earthquake event he was talking about. I believe the TV I was watching then the two rocks joined in front of it was showing it was an event for TV. Also, Jesus was wearing a red robe looking over a hill or mountain. There is a mountain in Lombok called Mount Rinjani. When he wears red I know it means war or blood spilled. He will come back in red robe. Revelation 19:13.
———————————
Dream: I saw myself on a mattress and it was moving on a dirt road. I didn’t know where my car was, but I then noticed some wild life animals for some fair like place and they were not being watched or caged. The lions started to come over to me and I quickly hid under my cover and said “I know God will protect me”, then I looked again and they walked away. Just like Daniel in the lions den (Danile 6:1-16), God is in control of all things and will protect us.
Symbol: I saw a orange spider on a webb with black lines in it’s legs. I have mentioned before spiders relate to demonic attacks.
Dream: I saw a dream of a fenced type home and a girl was being inventive to create a home from it.
Dream: I saw the church guy yet again on a youtube channel speaking with someone and as I watched he looked at me and was tryin to display his number on screen. It then started breaking up and I didn’t get the number. I am not sure why I keep dreaming of this guy as I only went to that church twice one year apart.
Song: I heard someone singing a song and they had a man’s jamaican voice. Singing “Oh baby you always show me much joy joy joy.”