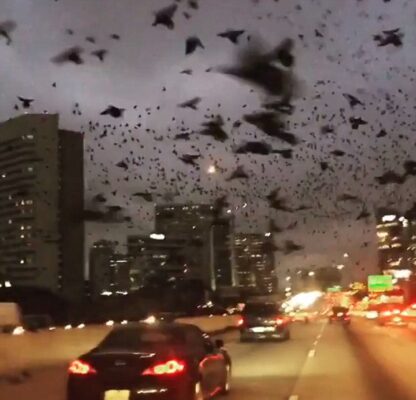 I heard in the spirit a lot, but the primary focus from the Lord was, “It Shall Come To Pass.” This word IT CAME TO PASS – is seen 1697 times in the KJV. Any promise the Lord makes is a decree and declared in the heavens by our King and will happen. His word and his promises never come back void. For those that obey his voice and word, you will see good from him and for those that don’t you will see the consequences, but even then God is good enough to give so many chances to try to turn them back to him before then. You see in those post God showing promises to those who love him and end time prophecies to those who do not. I have seen so many dreams about the end of the world that match scriptures so perfectly…that even I am scared for those who do not turn to God. His patience will run out. I posted two end time dreams at the end of this post and a link where God showed a warning in houston as he keeps doing.

For those against the Lord take this as a warning that God is good, but to those who seek to be on his side and not his enemy – The scripture below is for those who believed in other God’s despite God giving them chances:
Joshua 23:14-15 And, behold, this day I am going the way of all the earth: and ye know in all your hearts and in all your souls, that not one thing hath failed of all the good things which the LORD your God spake concerning you; all are come to pass unto you, and not one thing hath failed thereof. 15Therefore it shall come to pass, that as all good things are come upon you, which the LORD your God promised you; so shall the LORD bring upon you all evil things, until he have destroyed you from off this good land which the LORD your God hath given you.

Saw Visions of the following words: Joy (This was very big words and bells to the left of it), Saw the word “Trust” two different times.
Vision: I saw a man with a black t-shirt on handing something to someone. I did not see his head at all.
Vision: I saw the word “Refined”
Vision: I saw a man hunched over like he had been suffering with should length long stringy messed up hair that was light brown. He had a grayish robe on like sackcloth and looked sad.
Heard: Study to show yourself approved (read 2 Timothy 2:15)

Prior to some of this I saw this very big bright white light flash while my eyes were closed. I have seen this before, and feel it’s God revealing his presence. It literally shakes me everytime it happens.

I heard and was repeating “crossover” in the spirit two different nights, and it looked like in the first I felt I had a ring on my finger. In the other I was crossing over some kind of land with light patches of grass. Then I saw really big white words pop up into my view “1 month.” I am not sure if this is the meaning of starting month 1 of crossing over or in 1 month and it could be something in the spirit, but God did say in a past post “Crossover the Prophet’s and “We Must Cross The River Jordan”, so there is something happening in the spirit. Remember we only get prophecy in part so the Lord can get the glory.

I was dreaming of two men again trying to pursue me and this seems to be a pattern in my dreams. This whole scene was at a cabin and both men were there. These men were both good men, but only one was the one God chose. It felt like one was shorter then the other. The taller man had been waiting on me, but ended up having a girlfriend or something, but he really wanted me. The shorter man I remember had dark hair (no beard/mustache) younger looking face and told me about his testimonial of going into a church to get baptized in the spirit. He said he was baptized within an hour and he told me he was not baptized prior to this but only thought he was (like my story) and said you will know when you close your eyes if your baptized bc you will see visions etc and not red or flesh. It was symbolic I know, but I understood him. So I closed my eyes to test this theory and saw a vision instantly of a blue house. I knew I was fully in that moment and he knew I was. I ended up kissing this man on the lips and knew he was the one. The other man was more playful and fun with a good heart, but this man knew the deeper meanings of the spirit. He had a pureness to him. His personality was more calm and in control. There was also a time we were at a hospital (another pattern) bc he had a list of doctors for some reason, but I think this was the taller man.

Two End of World Event Dreams:
Churches Becoming More Corrupt: On another night I dreamed of churches that were becoming more corrupt and religious mindsets. They made other’s marry people and these people ended up sad. This felt like another end of world event. They were controlling people and God was not in it. God loves to be involved in marriage, so why does man think their choice is better without his approval or hand truly involved?

Birds Attacking End of World Event: I was playing the role of one of the people. I saw no roofs on buildings and things seemed more empty, dirty and dark. There was people all in dark worn clothes and all were poor looking and like living in fear and sadness. They knew the birds were coming and all huddled into a group in one home with no roof left, only the frames. There was so many birds big and small coming and they came to attack. These people seemed like they had to keep preparing to fight for their lives. In the midst of the birds coming, I saw one women’s demon come out and she turned around to attack me. There was no safety for anyone or among them. I could sense their fear and these birds came like this in cycles. God will use birds to devour evil he mentions in scriptures. Animals will no longer have fear of men and will attack.

Revelation 19:17 And I saw an angel standing in the sun; and he cried with a loud voice, saying to all the fowls that fly in the midst of heaven, Come and gather yourselves together unto the supper of the great God; 18That ye may eat the flesh of kings, and the flesh of captains, and the flesh of mighty men, and the flesh of horses, and of them that sit on them, and the flesh of all men, both free and bond, both small and great.
Also in Jeremiah 12:9 Mine heritage is unto me as a speckled bird, the birds round about are against her; come ye, assemble all the beasts of the field, come to devour.

The picture I chose was from an attack on Houston. God is graciously giving us reminders now to give us time to change our hearts…everything will come to pass he said… https://www.dailymail.co.uk/news/article-4157810/Eerie-video-shows-huge-swarm-birds-swarming-Houston.html