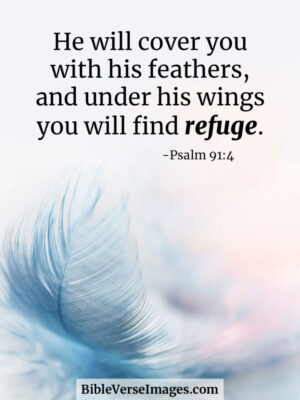 Vision: I first had a dream, and then directly after a vision of Jesus to go with it. The dream was about me feeling like an outcast, or like I don’t fit in or belong and I was sad about that. There was a moment that Jesus targeted where I realized my sisters were closer and I felt my whole life like I really had no one close like that just for myself. Friends would leave in the past or I would have to keep them at a distant for various reasons. I know now there is a reason for that. It’s part of my calling and preparing, but it’s also bc Jesus wants to become your everything. Jesus wants to be your bestfriend over anything that is near or dear to your heart. (…where your treasure is, there your heart will be also Matthew 6:21) The vision that I had directly after the dream, I saw me sitting next to Jesus looking out into a view, and he had this dark tan blanket around him and he wrapped it around me too. We both were sitting with the blanket over us looking out into the view. I am not sure if it was a robe or cloak or blanket. I knew instantly the meaning though. He was my best friend and he has me covered. He stole my heart even more bc of how he cares so much for me in my suffering too and he has became more real then anything in this world. He does that with all of us, but how many really seek and take notice of all he does? I want my time with him more bc true best friends do that. Is Jesus your best friend? Another part of this message is, that he covers us and there are so many great scriptures that relate to his covering us, so I will leave the link here with some: https://bible.knowing-jesus.com/topics/Covering…

Words: I saw the word “Trust” again. This scriptures below kind of was perfect for all of the message he gave.

Psalm 91:4 He shall cover thee with his feathers, and under his wings shalt thou trust: his truth shall be thy shield and buckler.
Ezekiel 16:8 “Then I passed by you and saw you, and behold, you were at the time for love; so I spread My skirt over you and covered your nakedness. I also swore to you and entered into a covenant with you so that you became Mine,” declares the Lord God.

Vision: I had another vision on another day where I was standing to the right of Jesus and we were talking. I know he was giving me advice/teaching me and I was asking questions, but I do not remember our conversation. I think when this happens, he is speaking to our spirit and future things will reveal it.

Dream: I dreamed a second time of a similar dream of a young african boy that a women and man were trying to adopt but he did not want to go with them or he wanted his parents. This boy felt scared of them in this dream. A lady was intervening like she took him from them telling them no they can’t take him bc he does not want to go and it seemed like a big fight between them. I was trying to help by talking with the lady, but she was very aggressive and said it was her right, though she did not really want him. She just did not like being told no, but this boy was so sad and I felt his sadness bc of it. He is the one that will be affected.

Visions: I saw two baby deer with white spots on them in my room. On another day waking I see fireworks, then I fall back asleep wake again and have a vision of more fireworks.

Visions: I have been having visions everyday since starting a small business where I create designs for t-shirts. I am not sure if these are designs I will see in the future or idea’s. I did come across one I saw after I had the vision already. I ended up wanting to design some thinking God is giving me idea’s. I love to design and be creative. I’ve had about 5 visions so far. He loves to relate to our natural gifts he gave us also. How amazing is that 🙂

Dream: A guy painter was drawing a red line down a road in one of his paintings. He was diving land somehow. He was looking for someone. It was like she passed away and he was still seeking her. He was very frustrated with things. This guy also was a gamer. Something about seeing pacman also.

Dream: I had a dream I heard a strange sound outside in a hallway that felt like other apartments connected and I knew this was men like army or ppl in charge coming. It was like they had control more of people, but we still had some free will. I originally told my son to hide, but then I said what’s the point they will find us. The men coming into my place with futuristic type attire on had two shots and said my son and another person was very sick and he needed the shot. They were the only one sick in the community they said. I said, How do you know that? They said they know everything with some kind of monitor system. Then a bunch of other army type men or police types come in, and they were more dirty like coming from war. All of them had dark clothes on. I told them all to leave, bc they could not really tell me how they knew he was really sick and I didn’t know if I could trust this shot or them.