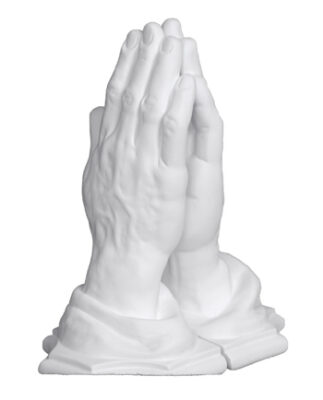 ***There are two warning dreams below possibly warning ahead of time about two kids kidnapped.  If these details describe anyone, please show them to whoever you believe they are for.  God See’s All!

Vision: I felt the Lord wanted me to break generational curses and while doing it I had a vision. Praying for this was not really something I truly felt was ever necessary before, but it kept coming back up. Finally, when I was praying against anything that my past generations may have done to hurt the Lord, I saw a vision of praying hands. I knew the Lord was reassuring me to pray and guiding me how.  I know some of these past dreams that are repetitive now are because of that also. I’m trying to now keep some of my personal dreams and prophesies to myself unless I feel led to share, but I am sharing all this bc of how important it is. This can cause many repetitive things in families and generations if not corrected. Let God show and tell you which curses need to be broken. I have seen other’s who the Lord gave specific instructions for this, so I think it’s important to be led and guided with this. I feel the Lord eventually shows everyone that he uses intercessors even to forgive past mistakes…now that is grace!  We need to get in alignment with God and sometimes it can take just one person who desires to be in the Lord’s will and purpose to help future family generations to come.

Dreams: I have had several dreams, so I am going to try and sum them up to the main meaning for each, except for the warning dreams. Some dreams are symbolism and some are more realistic that’s also why we need to discern.  Many of my dreams I am playing the role of a watchman to observe as someone else and warn.

Warning Dream: This dream I felt was a warning to watch your daughters and children closely or it has already happened and God is giving details!
There was a man working for a group of people who had a lot of teenage and young girls in some kind of large house. This man was the one kidnapping these girls and bringing them to the people who owned this house. I know one owner was a woman and there was men involved also. I’ve had similar dreams before. This dream particular was about a young dark skinned girl around 12-13 years of age. Hair was down to her shoulders and thick, but straight. This guy who was caught by police before was the one who took her. She was walking along the side of the street, almost like a busy road near a store. The guy was skinny and kinda tall with dark hair, no facial hair. He had a white t-shirt on and blue jeans. At one point the police called and asked him if he was involved and he lied. They didn’t think it could be him bc it was out of his territory, but he went outside of his area. I saw him also camping by a movie theater and there was a baby also. The baby was cold and not sure if I was playing the role of this girl comforting the baby and trying to warm it. There was something about a coat so it was winter time. The guy also had an older small truck. I think cranberry colored? I saw this guy went to an apartment at one point and I felt it was his. If this sounds like a situation you know or for someone else, please let them know these details. Please pray for these children with me who are being held captive. This dream bothered me so bad, I could not write ab it for two days.

Warning Dream: There was another little girl toddler age (possibly blonde), who was playing in the back of a house near a ditch. This was like duplexes with dark brick attached to possibly tan siding  and was many in a neighborhood and in between was a stream or ditch that she played in. It felt like one of the neighbors was planning on taking her or already did. This was a man in the neighborhood possibly a few houses or blocks over. Watch your children!

Vision: I saw extreme shaking in the spirit Everything was shaking like an earthquake and it was by a really high roller coaster.

Dream: Two young boys at a church who just lost their mother and the older was angry at the younger taking it out on him. I spoke with him and I asked him to repeat…There are cruel men and their are good men, which do you think get’s better results with life? He repeated and agreed to change. It was like his eyes were opened now.

Dream: I felt something very powerful trying to overtake my body and I prayed to Jesus, then I woke. I wasn’t sure what it was.

Dream: I was in a hotel in another country and looking out of a hotel. It felt I was there for work. I look out and see Jesus as a cloud over a neighborhood nearby. He’s facing west at a home that is facing east. I was looking out towards the north. I see Jesus talking a lot and I see he is talking to a man praying sitting on his front porch. It was a two story house, towards the center of the neighborhood. The man and Jesus were talking a lot. There was a light coming from the clouds to the home and then as I looked longer it got so bright like the sun shining in your face. I have had other dreams similar of a guy sitting on a porch praying to Jesus and they talk a lot. I believe this is my strong man and God is saying he is very close to him to where they have a lot of conversations.
There was something about another man who liked me, but I was not sure if he was him. Also, a little girl who I could tell was highly sensitive to the spirit I wanted to help her and he got somewhat jealous of my time with her or didn’t want me traveling to see her or with her to help her? I believe this guy was at the hotel also on a job assignment possibly?  Basically, when the time is right God will make it clear.

Dream: I was sitting in a church with a minister with blonde hair and it was in a hotel. There was a huge party with a guest singer in this hotel who booked a big area for the vent. The cops came bc there was something going on there, and they saw me and I told them I was attending the church event and the minister saw me.

Dream: A man was helping a young boy who was locking himself in a room or home bc he did not trust people. I think he was abused in some way. This man was very good with kids and he was very patient with a great attitude to try and help the boy. He knew exactly what to say and do to get the boy to cooperate. The little boy was going to trust him.