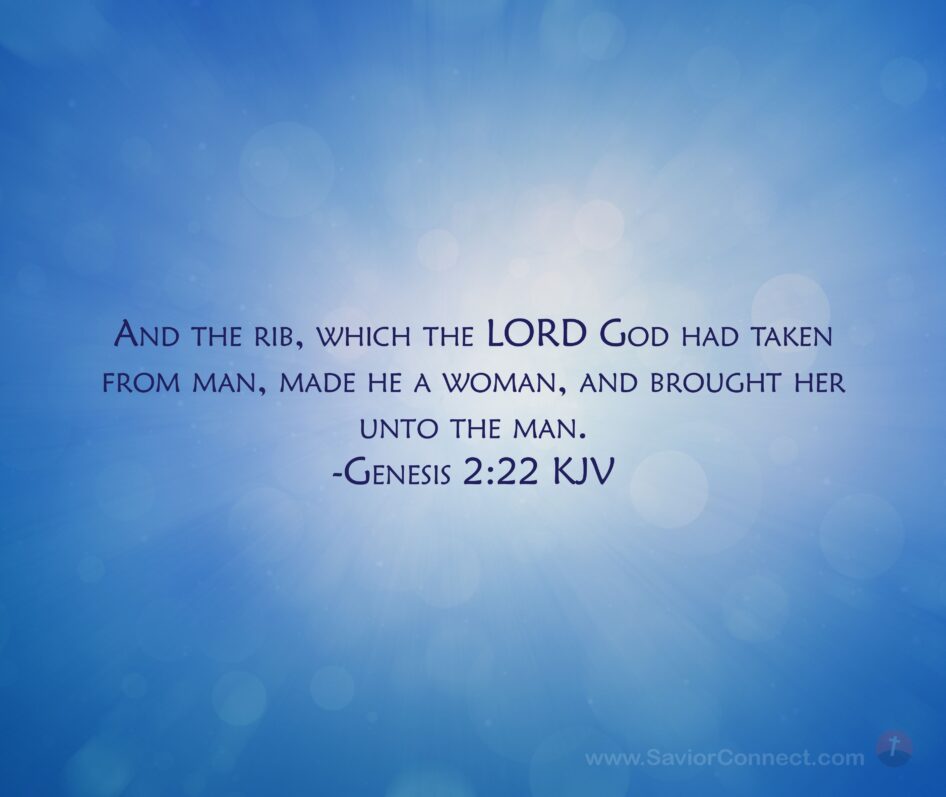 Pay attention when I had this very detailed dream, there is a 222 in it and I keep seeing this number bc of Genesis 2:22 where Adam’s rib was presented to him. I have been seeing this verse 2:22 so much since God started speaking in the beginning and then it stopped. Specifically i was seeing it on a clock exactly every time while not looking for it, now I am seeing it again like crazy and hearing it from prophecies. it started after God said “The Two shall become One” Vision I had the last couple post back. I was seeing 222 a lot from the start of God speaking. It’s not about the numbers, it’s about the verse he is referring too. Genesis 2:22 And the rib, which the Lord God had taken from man, made he a woman, and brought her unto the man…..it goes on to say one flesh again in a couple verses down from this. It’s amazing how God confirms so much to us. I never wanted to believe those numbers were from God before he started speaking. I ignored them as something bad and was confused why I kept seeing them so much in my pain and suffering, but now that i know God can repeat scripture verses to us as part of our purpose/calling when it’s in his time…I believe him. The way he matched it to a vision and then repeated it a lot made me believe it was him fully. I believe God is again confirming he is going to present some of the rib’s to their husband’s.
Dream: 10-2-2020-In this dream I feel I met my future husband. I was working with some kind of church to prepare for a gathering. I told them to use a certain fireplace that was black and in a corner and paint it white bc I felt God telling me to do so. They seemed happy I could actually hear from the Lord and my creative suggestions compared to their last girl. There was just a lot of white fireplaces I remember, and that could suggest it was winter. The walls were all white. and everything seemed nice inside what we were preparing. Then they sent me off to help at some food place to help feed people. When I got there, there was others from other ministries. They were calling out names off a roster and called mine first. I saw on the roster a list of ministry names as if everyone was here from diff ministries all over. I remember seeing him and thinking he was cute and curious if that was him bc it felt he had his eye on me and looked like the visions. After they called my name I went downstairs where there was a big projector screen, some desk and an area in the back where a lot were sitting on the ground on carpet ready to learn. I sat in the back right next to a man with dark skin. I remember at one point looking over at this man telling him, “I never said that”… bc a girl was telling me something I said, but I never said it. It felt like everyone was here to sabotage this guy liking me in some way by making me look bad or maybe that was just my feeling at the time. Prior to this I saw he came down the stairs and he sat up in the left desk in the middle more. This time he had a light big gray jacket on, so i know this meant it was winter time. I was kind of disappointment he didn’t want to sit back by me, but after they were starting to teach us how to make bread and the food he came to the back and sat in the middle of the floor. I looked over at him and he had very pretty hazel eyes and dark kind of wavy hair on top. They called me first a lot, so I had to go up in front of everyone after I felt the girl didn’t train us good enough and asked me to try to do it. I felt I was making a fool of myself, bc I didn’t see what she did exactly bc of how fast she did it, so she was walking me through learning how to make the bread in front of everyone. Then she was putting me somewhere to pull the stems from the cranberries. I did at one point feel he came to the back of the room to be closer to me, but wasn’t sure. I am not sure if the first location was a job type scene or a church type scene, but it felt a lot of ppl were from God at that location & where they sent me. I saw my ministry was called Meal Ministries and not sure if this is just a name to let me know my position to help or the actual place. I felt like this was the same guy I keep seeing in my visions, but God didn’t fully clear it up yet, but I felt it had to be him. He didn’t seem real tall as I thought he would be, but I am not sure about this either. He was never close enough to see. The fact there was a lot of men and woman from various ministries, could indicate God was presenting a lot of us to our husband’s.

Dream: In another dream a snake was trying to attack me and it turned into a turtle as a disguise. I knew it was satan. I asked for the person there to help me get it out, but not sure who it was or if it was my husband.
Vision: I had a vision while awake of seeing seeds in my pillow case and they were falling into place. There was so many seeds.