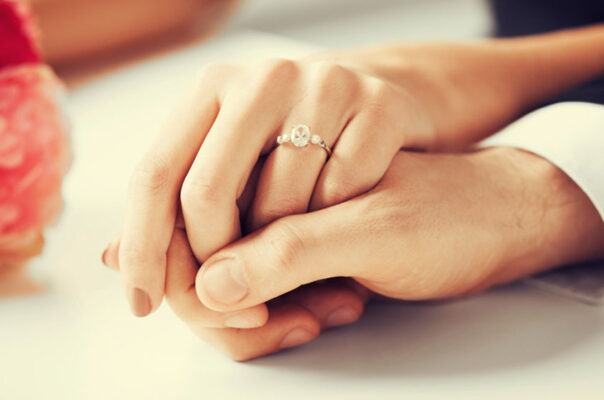 Vision: I had a vision of my hand and it had a diamond ring on my ring finger. I was laying in a boat feeling defeated. I remember after I saw this vision, I said…no way God, I had enough! Not that I would ever reject what God has, but I really do feel hopeless with relationships and marriage at this point as I guess all have been with a promise given by God after waiting so long. It’s not that I don’t believe him at all, it’s that the waiting and disappointments are constant after sacrificing so much for it. Everything does truly become meaningless as Paul said in this fallen world. What is left that’s good? Jesus…

Visions of Jesus: I had so many visions of Jesus trying to comfort me…. One was like I was almost being pulled into a 3d garden type vision except it was grayed out 3d objects. The only thing I did see fully in the garden was Jesus with his crown of flowers on his head as if they were from his garden and I heard birds singing. I fought against him in this vision, bc I was in suffering. This is why he showed me so many visions. I think he truly tried to pull me into this vision fully for comfort…I had similar visions before. The other visions, I see him helping crowds of people, he was clear this time with no hood up. I see him in another staring at a bridge nearby. Again I saw him sitting in clouds across the sky very close watching me with his robe on, and the sky was a bit dark around him, but his robe was very pure bright white. Every time he shows up, I fall in love all over again with him. People ignore me in my pain, though i try to be there for them, but God see’s it and shows up for me. I guess I would rather him anyways…smiles big at him! I still have love for his people, I know some just do not fully understand yet. Temporary good feelings don’t set us free, truth does!
————————————
God said: “Refined“
Zechariah 13:9 “And I will bring the third part through the fire, and will refine them as silver is refined, and will try them as gold is tried: they shall call on my name, and I will hear them: I will say, It is my people: and they shall say, The LORD is my God.”
Malachi 3:3 “And he shall sit as a refiner and purifier of silver: and he shall purify the sons of Levi, and purge them as gold and silver, that they may offer unto the LORD an offering in righteousness.”
God said again: “I love You” and it was on a stack of white cards that were side by side., these words were on the first card. He always melts my heart with how much he loves!
Vision: i saw a very bright sun shining so beautiful at me.
————————————-
Vision: I see this stack of magazines being thrown at my doorstep as if saying a message is being delivered.
Dream: I was in a building with three flights of stairs. I was working on the top floor with others and they had a fire drill and everyone ran downstairs quickly, but I ran back up to get my keys and phone. I was thinking ab a new friend I just met and then I turn around and a woman appeared behind me acting strangely. She ended up following me down the stairs and I felt she was disguised from the enemy. A woman desguised to deceive. Satan sends them in pretty packages, so please be careful. Your always a target when you follow Jesus. You will have many “fire” drills. We don’t go through the fire for nothing.
Dreams: I saw a message from a friend and I knew God was showing me to respond as I did not think I should, and I was seeing chaos and confusion all around him in a dream. I saw another vision of the exact time I would be writing him a second time and while I forgot this vision beforehand, I remembered it after I did it bc I look at the time and it was that exact time I finished it. Idk why God shows me text and times for the following day or silly things like that, but they come true.