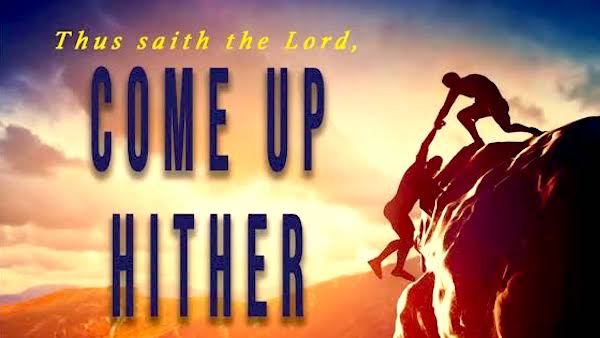 God said “Come Up Higher” I believe one scripture(Jude 1:20) proves that he wants us higher by speaking spiritually. If you really look at the patterns in the bible you have the flesh side of things, and the spiritual side of things. We pray or worship in truth(with understanding) and in spirit etc…However, it is clear in this scripture we can reach a higher faith by speaking in the spirit (holy ghost). His presence became stronger and more evident or manifested after I started speaking in the spirit. Like Revelation 4 below speaks about, he desires to show us things above and not just on earth. I was very hesitant to speak in tongues bc I did not grow up believing in it, but after God convinced me it’s from him…I had a lot of experiences that I have never had before with him. God is a spirit and he likes his children in spirit also and he gave us a tool to help get us there faster with the gift of tongues. This will help build your faith also. Be led by his spirit!  However, this is not the only way and God will help us in many ways, but he also gives us gifts to use ourselves.  It’s always a team effort with the Lord and you can do nothing apart from him.
Jude 1:20 “But ye, beloved, building up yourselves on your most holy faith, praying in the Holy Ghost,…”
Revelation 4: After this I looked, and, behold, a door was opened in heaven: and the first voice which I heard was as it were of a trumpet talking with me; which said, Come up hither, and I will shew thee things which must be hereafter….

Visions: I see Jesus sitting and just watching me and I did not see him clear this time bc the vision was quick, but there was a copper tone color all around him. I also see another vision of Jesus a different night and he was in his white robe and again watching me. His robe seemed more vivid this time. Like he was closer.

Words: I fell asleep pretty much right after I woke and God has done this before where he made me fall asleep when he wants to give a message. I got so tired all of a sudden after speaking with someone. I saw something that I am still discerning….“Your Promise” “My Jacob”…Not sure if God was calling me “My Jacob” bc I wrestle with him at times or a friend I just met. Discerning and testing this one.
I also just had another guy say he was the “one” and God told him, but I did not feel it in my spirit. He literally said he was praying on his knee’s 10 minutes before I came for a wife. Remember this, they will always say they felt God said you were the one, but that is not hearing him confirming and discerning. None of these men said, let me pray about this. So I discerned and tested him and found out he was another sent to deceive. He appeared nice at first, then when I told him I don’t think it’s him…he then cussed me out, so I said…”Thank you Jesus for revealing the truth again!” We have to be wiser then a serpent and these guys hate my ways of questioning but my tactics are him inside pulling out weeds or truth. I have become quite strong in discernment and testing bc of this game. As well as my gifts in seeing patterns and my gifts in feeling emotions or seeing things to come.

Vision: I see a guy in a man bun with a white collared long-sleeve shirt on with his sleeves rolled up. He was on the right side of a nursing home bed if your looking from front view. It was like he was visiting someone in the hospital or nursing home.
Dream: I dreamed I was at some contest and it was for a famous guy and a bunch of girls was there. My sisters were making me do it and I had to fill out info about ourselves and take a picture and I did not want too. I was filling out info slower then other’s bc I just didn’t want to impress this guy by boasting myself up. In the midst of that a woman came and asked if I understood the baptism of the holy spirit and I said yes and then a second woman came to make sure I was going to turn in my papers. I found out it was his mom who liked me, but I still had no desire to turn them in. Apparently this guy was famous, but that did not phase me.

Morning Impression & vision: God put this impression on me as soon as I woke of this video and it was about “Amongst the chaos and confusion God is still making new life” Then I see this beautiful flower growing at a rapid speed and I see a baby born. Isn’t that beautiful.