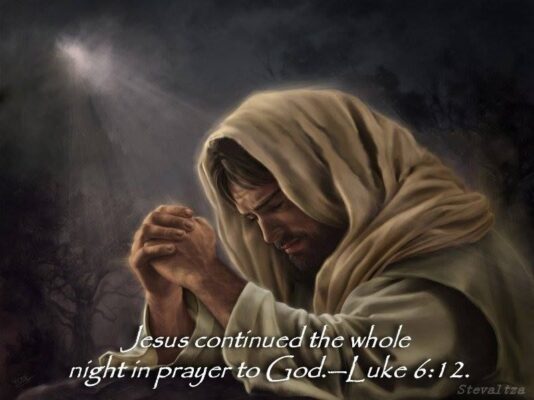 The Lord gave me another vision of him in sackcloth, but this time he was in multi-colored sackcloth.  I knew this was to show many of his people were also in sackcloth and that he see’s their suffering/mourning and knows some suffer with multiple scars.  Remember his words, they are your help.  We all have our seasons and some are in deeper training.  You will know who you are! Remember he said do not think it is strange when trials come upon you (1Peter 4:12-19).  They are to ultimately build up our faith, trust and character to be more like him as well as learn to defeat and stand against the enemy.  Like his beautiful example of the butterfly that grows in darkness before it see’s light.  It is being transformed in uncomfortable darkness first.  It is being made into something beautiful that can fly…that can soar.  He was walking in a city area where there were people walking by.  He had his hood up, meaning he was in prayer for those suffering and mourning (Luke 22:32).  He is watching and praying for you….please don’t give up!  He will never leave you!  Remember this world is not our home and is temporary…

1 Peter 4:12-19
12 Beloved, think it not strange concerning the fiery trial which is to try you, as though some strange thing happened unto you:
Luke 22:32
32 But I have prayed for thee, that thy faith fail not: and when thou art converted, strengthen thy brethren.

To go with this message another day I felt the presence of Jesus – then saw a message that said “If he said it”….and I just knew the rest of that sentence was “then it must be true”….then I saw he said “Believe Me”

The Lord also was giving me prophetic words of  “Ask”….The very next day I saw a video that confirmed this word.  I asked for two almost impossible specific things in prayer and got them both the very next morning. This video was a perfect message at the perfect timing. God always told me to tell his ppl to ASK.. Why is it important to ask…because that is being led by the holy spirit and not leaning on your own understanding. These are messages of having faith in him, trusting him and believe his word is true.  The Lord wants you to “Ask” if you need his help.  God does not always answer this quickly due to his timing for everything, but sometimes he does.

Visions: God was writing many messages in notebooks.

Dream of a demon who saw me and threw a human bone at me and then took off running after me.  He grabbed me, but just as he grabbed me three men of God saw him and came to help.

Visions: I had various visions for some ppl I met that I will keep private and God revealed some truth to me as he has done many times before.  I’m still amazed at how much truth God will reveal to us if we incline our ear.

Dreams: I was taking this really hard test with other believers and I didn’t realize we were allowed to work on it the day before until last minute. So I started to fill in the answers, but didn’t feel ready or know them. So I just tried all the answers and then it started miraculously popping up red giving me the correct answer, so I just erased my own answers from my own understanding, but realized you could still see them a bit. I wasn’t sure if I would pass the test and felt everyone else was better or smarter then me.  I know this dream was me feeling not good enough to give out the Lord’s messages, but he would help me miraculously with the correct answers and these answers were popping up  in red and that is the color I was writing the Lords words in on this site at times.

Dream; 1-31-I asked God why I had to wait so long for this promise while others seemed to get their promise much sooner.  He answered… I dreamed of being high school age and I was meant/arranged to be with this one guy who had his head shaved with dark hair when he was young. We both felt awkward about being with someone we did not know. The mom had dark hair and was allowing us to marry sooner, but he was very immature still and that is why I could not marry him yet. He walked ahead of me and did not make much convo, but when I asked him he told me about how he had been fighting with demons since young, he seemed really strong spiritually and understood the things of spirit, but not how to be in relationship. After we got married at this young age, he wanted to watch a full day of sports. It was like he did not know how to be in relationship or not used to it. There was also something to do with me wearing house shoes and pajama’s to go into a store for something. I also saw a confirmation of a name for him that I won’t share here.  ( Kept this personal dream to show you how God responds sometimes to prayers)

Some of these dreams I was playing the role in them for others….

Dream; 2-1 – Dreaming of building a home with my ex and the builder was waiting on us, so I finally got frustrated and said let’s get it started. We finally were gonna build and it was the builders bday party, so the only thing I could find was pink flowers, so I told him to give to his wife. He was a nice builder. I remember the home door faced the sun during day time. I stood in it and it felt good. I remember being kind of happy, but did not understand my husband for some reason.

Dreamed of two girls, one was younger sister. The older was really pretty, but not all there as far as wild or adventurous. She was also going to explore. She was always going out without directions and they would ride bikes and would get lost. They lived in side by side apartments. White building. A man looking out for her gave her a car so she could find things easier and be safe, but she still got lost bc she would not pay much attention to directions.  He was good for her, but she did not want to settle down.

Dream 2-4-22 of girl being kidnapped and her pig. The man tortured the pig and killed it and the little girl was being tortured too. It was a white house with a light wood porch in the back. Older house with white vinyl siding. Had a small kitchen located on the right where the small porch door entrance was., then it went into another room and from there the door to the living room located towards the front of the house.  It felt like a small home. It was on some land.  The man was older, skinny and with gray thinning hair.  Did not seem real tall.

Dreamed of a mother and her 5 or 6 young kids was poor and hiding from her ex who was abusive. She took them and was running from him. She lived in fear. She was using the bathroom of someone’s home while hiding out and the woman caught her and told her husband.  She started to collect her children outside and ran from the couple but wasn’t paying attention and threw one of her daughters over a cliff she thought was not that deep at first and it was so deep it crippled her daughter. Possibly something happened that she felt responsible for her daughters condition. They grew up poor and hiding out at different places, or in cars etc…They went to a restaurant(possibly pizza place) one time with high back wooden seats and table and her ex showed up trying to take the kids. He was huge, aggressive, and controlling and had a girlfriend. They were both trying to take the kids and I saw the medicine for the crippled daughter too. Some of the ppl in the restaurant stepped in, so they were able to get away. One of the daughters drove her and her crippled sister into the water by accident and she had to save her sister who could not walk.  They had all been struggling in life.