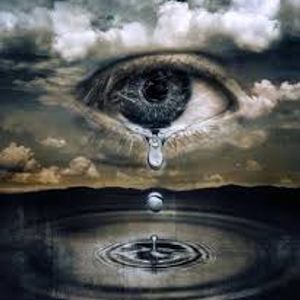 Vision: I saw me standing by Jesus in his white robe. We were looking out at these two boards connected, the kind where you write with a marker that erases. There was words all over them and it was his teachings and he was speaking to me teaching me them as he was flipping the boards with his mind. His spirit teaches us and I love that personal lesson from him. It felt so special to be near him.
Visions: I keep seeing his face popup in visions when I wake. His eye really is always on us. 🙂 I know I am interacting with him throughout my dreams, because I remember glimpses of seeing him. Though I can’t remember all we are doing. A recent one he was eating lol

Vision: I saw a Mother’s Day Card that was all bubbly in pastel colors and it said “Happy Day – Mother’s Day”
—————————————————————————————-
Dream: I saw the wrath of God being poured out like tears from heaven—-> What really is the wrath of God? Have you ever had someone you loved dearly and they are just never pleased with anything you do and even become cold and distant and shut you off. If you really love them, you try to sway them and eventually it can make you frustrated. You may do anything if they seem blind to their ways. God’s wrath is a blessing in that he can’t easily turn away from those he loves like that, but instead after trying so much to get their attention, this is his way of trying to turn them back and it does work on some. He knows what we need, but we also have free will to choose.
The vision: I had a series of 3 dreams that related to one another. All in a house scene or outdoor garden scene where they were having to prepare for danger to come. God’s wrath was coming out of the sky like tears falling from heaven, because these people just turn their heads to him. One I saw a very big white fish come down from the sky on the house and it was bigger then the house. I thought, were they cruel to a fish or what did they do to upset God?
The second one was in a outdoor garden scene and it was the clear plastic style walls. The roof was starting to leak but the girl did hear God and was warned ahead and was able to patch it up before the rain storms came more.
The third, was a house that food was coming down like rain on this house. It looked like vomit pouring down on the house. There were also things coming up off the house. I was playing the role of someone helping to try and prepare and patch up the house. Things were falling apart.
If we can easily go to him in love, why would we want to provoke him to wrath to get our attention. People think God does not have feelings, but he does. Deep feelings of love, and hurt too. We were made like him. All these dreams were preparing a house for things to come. You can’t prepare much if you don’t have the Lord by your side.
—————————————————————————-
Vision: I saw a sign that said “Welcome” really big and also “It’s Time” in small letters and it was blue with a white background. it looked a bit like a real estate sign.
Heard: I heard a message about a friend and God said he had a “King Heart”
Guy with tattoos on arms.
Boy and girl on twin beds in room with covers and one had small black and white stripes.
Books almost falling on my head at a library, but I caught them.
Vision: I saw a dresser rising up. I took that as rising from different situations or organizations.
Dream: I was dreaming of going through this swampy river and snakes everywhere, but I heard God tell me they won’t bite me. I walked through them and one was wrapped around me, but it would not bite me and I got it off.
Vision: I forgot to add this last post I think, but I saw a man with a black circle earring and cross tattoo on his neck. It seemed like the right lower side. He had dark hair and I was unsure if he was the one, but he could not take his eyes off me. I told him God is sending me someone and it made him back up, but he still kept staring.