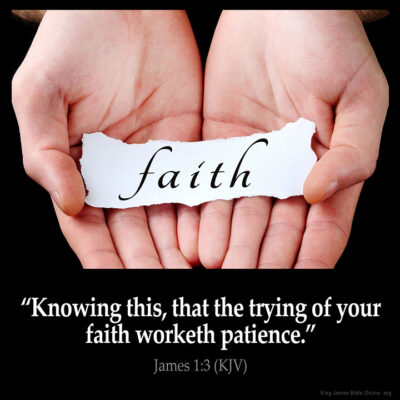 Heard: This is a heart week

Below Jesus was responding to me and showing me the results if I choose another direction. Some of my questions regarding long-term suffering/my role/etc…..so you may not understand it fully, but I wanted to share anyways so you know he speaks to his people…First God was responding to my questions about my role, then he responded to me wanting to give up at times. Remember, many have left the faith bc it never gets easier, we only learn to be at peace/content with everything going on around us knowing the Lord is the one who saves us. Staying close to Jesus is the secret. Loving him more then you love yourself or anyone else.

Galatians 6:9 – And let us not be weary in well doing: for in due season we shall reap, if we faint not.

James 1:3 KJV – Knowing this, that the trying of your faith worketh patience.

Vision: Jesus and a couple others (angels or diciples?) praying over me with his hands faced out and palms down over me. He was kneeling in his white robe and I was laying on the ground.

Dream: Teaching a class of special people and they tried to get me to party, but I had no desire anymore.
Jesus with his red sash wrapped around him and it was like he was in a cloud or something covering him more.
Dream: I graduated and got the cheaper book with my name in it. I was originally looking at all the nicer books and saw Kim/Kimberly a couple times, but then she said “Here is your book” and it looked like the cheap version and I was disappointed, but glad I made it at least.
Then I heard “the result of children in the office suffer more” (depending on our office, for me he was talking ab “The office of the prophet”)
Heard: Pray over the church
Heard: By Joseph By Joseph
Heard: “What determines the role of a prophet?”
Saw “Prayer”
Vision: Frozen Pipes
Vision: Baby Goat and Baby Lamb
Vision: I saw a vision of Jesus over my sink area in a picture frame with his palms facing up.
Saw: Protection

Heard: I woke to hearing a loud whistle in the spirit and God wanted me to get up to show me something.
As I was fighting my sleep I heard “2 hours later there could be a push, a tip to the heavens…2 hours later from the time of this message….I got a blessing!
Saw: I saw ancient hebrew writings on a yellowish/golden colored rock that was cut in half. The writings were on the flat part.
Vision: I saw my younger son in a multi-colored striped robe smiling. The robe was white, but had multi-colored stripes. I remember one was red and one was blue. I saw him again another night in a nice car with the top down smiling.
Vision: saw a screen name “zezar”
Vision: I saw a man come out in a wrapped white robe, like he was a high priest with blonde hair.

This dream below was prior to the messages above of hell, and it went with the messages above bc I was struggling with the role God chose for me and feeling done with the world. I wanted God to take me out sooner, but I know this is selfish. God reminded me below that our assignments have a purpose, by first showing me all those in hell that are lost still. Then he showed me the second option if we left this world, would not be any better and we would have to deal with Satan personally. This assignment here on earth is light compared to what it can be and it looks like there may be different levels in hell, like heaven. Job 23:10 – But he knoweth the way that I take: when he hath tried me, I shall come forth as gold.

My Aunt P had bought my mom a pool for her new home and I remember my sister and another girl who was a friend being there and the girl said someting rude to me and I got mad and left bc I was tired of ppl attacking me for no reason. I was tired of people misunderstanding me and getting tired of even talking to people who had ears closed. My sister told her in a quiet voice…she hasn’t had a man since her divorce bc she is waiting on God. It was like she was trying to make her understand why I was so sad, though that was not the only reason for my sadness. I remember feeling I don’t want to be here anymore with these people on earth. I didn’t care about material things anymore or communicating with people who were only going to reject what I had to share. I just wanted out of this world. These were the same feelings I have been feeling while awake too, so God was highlighting them and making a point below to teach us all.

Then I ended up with a guy friend who was like me and was on the phone with Satan and he was holding someone captive. This guy friend was going to sacrifice himself to save this other guy, but satan on the phone wanted to talk to me instead. So I got on the phone and he said…your one of us and I said yes. I knew somehow he was saying with special gifts from God. Except he was an angel that turned evil. He said I would have to be the one to sacrifice myself and come there to do a quest to let him go, so I went not knowing what I was getting myself into fully. I felt God would help me if I went, but wasn’t sure. I agreed to save a man he was holding captive. I felt like I still belonged to God, but didn’t understand his silence in this.

I was instantly taken to this realm or place. I saw a man with short dark hair, and he was sitting in a chair in a room and he looked around 20-30’s. On the outside he was handsome, but was great evil inside him. I could discern now that this was satan. He had two men there who obeyed him and he told me all they would do to me and I had fear after I saw their demon eyes that were desquised. They both got up in my face laughing crazily while showing me their eyes. It was like a second pair of hidden eyes and they looked like the eyes I saw in the past satan vision I had. Snake eyes. I told the leader I would take on this quest bc if I didn’t I felt they could destroy me also and he told me I would never survive there…they have more power then me and there was even greater evil there. I asked him if he can get an angel from heaven for me to go with me bc I agreed to come and he said yes he would try. I knew he was thinking in his mind it would not matter. I remember then we teleported somehow to this planet that was very orange in color and it was so crowded with people, but these ppl were not like people on earth. They were all pure evil. They were all worshipping false Gods and I felt so sad being there and so uncomfortable. God was not among them and I felt earth was a better place compared to this bc at least some of God’s ppl were there too. I knew not one of them was like me and I could not trust anyone… that was a very lonely feeling. They were all at this meeting or gathering place with columns. The people were in groups according to which false God they worshipped. We walked down these steps and somehow I saw the man that was on the phone originally that was going to come and I tried to tell him and my sister good bye that i may not be back to earth. It was like he was not there, but in the spirit I was communicating with him. I think he knew I would not be back. I had my doubts if God would save me, since I agreed to go on this quest myself. It was almost like if I cannot stay here and do my assignment for God, then that was the only other option and it was not better at all, but worse.

Dream: I was also dreaming of a man that was like a youth minister(with short hair and a hat) and he took them on a trip and I went also. I remember not fully being into him, but noticed he had an interest in being around me. I went to visit a couple of girls in one apartment and we went through mud waist deep to get there. The youth minister came to deliver a fridge and he helped me somehow by offering me a ride back. I remember prior to this we were in a close by apartment building where I was doing work and helping out. I asked if he could move the washer and dryer bc it could give us more room to convert to an office. He was willing to do it. He seemed very busy doing God’s work.