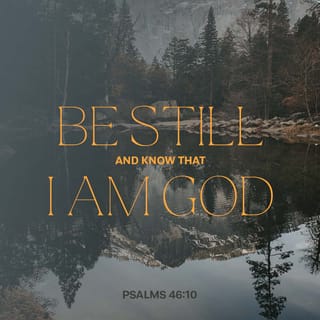 Vision of Words: I saw white words “I AM” God has called himself “I AM” God is everything we need. I am your provider, I am your comforter, I am your rewarder, I am your peace maker, I am the holy one, I am your God. I am the way, the truth and the life John 14:6. I am the Alpha and Omega, the beginning and the end…Revelation 1:8. I AM THAT I AM Exodus 3:14.

Visions: Saw Jesus watching me again waist up and hair down. In another vision he was sitting on something and I could only see his legs and white robe hanging over his knee’s.

Heard: I asked the Lord if he had anything to say to a scientist I spoke with: I woke after falling asleep and God gave me a word that said “Right now the world is favored and all of it’s inhabitants”…but I understood this to mean it would not be forever and there would come an end and below I had the dream to match this that was regarding the end times and how satan will fool many. I believe this word was for many and not just a personal message. Too add to this…God confirmed it was him…he told me to read my bible and so I opened and on first page….I see a story ab a prophetess who delivered a similar message, but was exact opposite of what God told me in the old testament and even used the word “inhabitants.” This was the message prophetess Huldah gave: Thus said the Lord, Behold I will bring evil upon this place, and upon the inhabitants thereof, even all the words of the book which the King of Judah hath read: Because they have forsaken me etc…You can read the entire message at 2 Kings 22:16-20 and it is in the old KJV 1839 version. My version I have is very old and was given to me the day i asked God which bible to read. Then he confirmed it by others saying God told them to read KJV also. This is why I read KJV.

Dream: I dreamed I was with a group of about 5-6 people and we were all gifted in some way spiritually by God. We were following Jesus and i remember seeing him in his white robe and he went around a corner into a field with high yellow colored grass or possibly a wheat field. We were following him and running through the field to hide from something chasing us (satan). We no longer could see Jesus. Then in this field we all saw something great it was a weird shaped tornado. I thought to myself was he taken up by this tornado somehow. The top had a strange shape kind of like a flower with square type corners all evenly distributed into a circle with a whole in the center. One man in our group understood it’s meaning and said we are in the eye of this tornado, but to find Jesus we had to go on the outside of it. The tornado had no effect on us and we walked outside of it and I looked up and saw Jesus on his throne in the sky with his white robe on. I could not see his head, but I waved at him and he waved back. I was excited. Then I started to feel it wasn’t him anymore. Something uncovered his face and it was a man playing him and laughing. I got disappointed, but I knew this was the Anti-Christ copying Jesus. He will try to fool us all.

After this we were in a room with bunkers and a TV and I said something about one of my prophesy and a girl mocked me saying it doesn’t sound like much. I knew she was jealous bc she did not experience as much as me. They wanted us all to tell our story to a group of ppl in this big studio type place with white walls and white floors and stadium type seats almost like a classroom setting with a projector up front. I told my story first and the man started talking before I could finish. I remember thinking some of the people were strange to be there. We also had to split up in groups to talk to people individually. It was me and another guy that met with a guy to tell him our experiences.
In the dream also I remember taking one of the talents away from someone or not giving as much to her, and the girl still believed Jesus.

2-27
Dreamed I was in this outdoor type home with no walls except folding walls that you can open and shut. I saw this different groups of ppl like church groups all who had their own assignment they were setting out to do in the world. I stayed back to watch the home, but wanted to go with the group that was feeding the poor. My son ended up going with that group and had food and a backpack on. I remember my cat being there too and I had to keep her from danger and there was some young kids by asking me questions. At one point I was shutting the walls to protect the home and my cat.