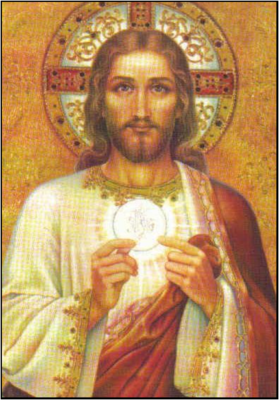 I am excited to write all the Lord revealed to me in this post. These are very deep lessons from him….They are layers like an onion!!! He was teaching a lot this time and some are similar to past visions I had. He gave me a vision and I heard him in the spirit sigh and they both were in Mark Chapters 7-8, so this is his lesson for us to read this chapter. He loves to teach his people. I’m starting to realize the full meaning of this verse also: To whom much is given, much will be required (Luke 12:48) Sighs like Jesus.

Visions:
I woke to see a vision of Jesus, like the one they found of the grave they believe to be him. It was similar. His eyes were closed and he had a more long face structure. His nose was a bit crooked and he had a halo around his head. The hallo looked drawn with patterns inside it like older cultures used to draw. It was a very dark outlined scene. He is showing us small features of his human body form in all these visions. His nose is a bit crooked in some way. Did they break his nose?

Directly after this I saw Jesus sitting next to me and I was facing his right side, so sitting to the right of him. We were sitting in a circle on the grass like a past vision I had with the disciples. I knew it was disciples all around him, but my focus was on Jesus. I saw him put a small round white unleavened bread in his mouth. It was flat and that is how I knew it was not leavened. He has done this before in previous visions also. He had his white robe on again and shoulder length brown hair, no hood over his head this time. He was sitting with his disciples and passing out bread for all of us. This vision he gave me is in Matthew 26 and Mark 7-8 Stories. Specifically, Mark 7-8 is the one he was referring too this time, because it all matches with the visions and examples he gave to go with it. He sighed, he was taking bread with his disciples and he ate the bread that was unleavened. It all matched Mark 7-8

Heard: Jesus sighed in spirit (There are many scriptures that show the sigh of God’s people or Jesus sighing)
Mark 7:34 And looking up to heaven, he sighed, and saith unto him, Ephphatha, that is, Be opened.

In this chapter I see some main messages he wanted to point out that matched the vision of him eating unleavened bread with his disciples and the sigh all in the same chapter…first the Pharisees and scribes asked him why he was allowing them to eat with unclean hands, because it was their rules. Jesus called them hypocrites, because basically they were judging them about petty things, yet their hearts were far from the Lord and his ways. See, we are not the judge of God’s people. He is! You keep seeing throughout scriptures how Jesus is not concerned with perfection, over your heart for him. They were more concerned with man made rules and religious rituals, but Jesus is concerned with the relationship with him. Not Perfection and def not religious rituals. Can’t you see that all throughout his examples? The Lord is the one who will get his people to understanding in his time and his way by his spirit.

Mark 8:11 And the Pharisees came forth, and began to question with him, seeking of him a sign from heaven, tempting him. 12 And he sighed deeply in his spirit, and saith, Why doth this generation seek after a sign? verily I say unto you, There shall no sign be given unto this generation.—-God’s true followers will seek after him more then miracles and signs for enjoyment. They will sacrifice just to be close to him and follow him. He gives the miracles out for free to them, because that is not our real desire over loving him. Of course we all love to be blessed and to experience the supernatural, but that is not the main goal of laying down our lives to follow him and we know it. His true disciples want him more then miracles. Seek first the kingdom and all these things will be added…

The unleavened bread teaching: Why the unleavened bread in some of the visions he gives? I didn’t realize before he was giving a different message with this bread he keeps showing me that is flat round bread. (He reveals mysteries and layers of meanings) It’s not just a message that he is the bread of life, or man cannot live on bread alone but every word that proceeds out of the Lords mouth, but a message of the kingdom of heaven is like leaven bread and his rules are diff then man made religions. It’s communion with him. You have to have his spirit teaching you to know what that means fully. They used to mix old dough with new dough to act as a yeast to make the new dough rise, and God’s kingdom is like leaven bread. This example of the kingdom of heaven as leaven is in Luke 13 20-21. In this example it would grow like branches, by making old things into new and would expand like the tree with branches example also in Luke 13:19. ( Let me add this went with the words the Lord spoke to me in a past post about his home(heaven) is made of branches. God said: “Our home is built by branches, thy branches are all around, put in thy pane thy vine of life.” I am seeing some of the lessons he gives from the past being put with recent post.
God spoke about his home(heaven) in this post: https://www.godspeaksnow.com/january-june-2020/post-337/
Luke 13:19 It is like a grain of mustard seed, which a man took, and cast into his garden; and it grew, and waxed a great tree; and the fowls of the air lodged in the branches of it.

Vision: another vision when I was going through distress, Jesus face appeared right up by mine so close that I saw his clear bright skin glowing. He for some reason had a little girl next to him, but was closer to me bc of my distress is the message I got.

Vision: another vision I saw Jesus shirtless this time with a sash around his waste. One part had writings on it. He had his hands behind his back and he was tying strings or something together. I felt he was doing tricks behind his back. It felt like he was smiling in this vision while he did it and he was more playful. This felt like a message of he had something up his sleeve that he hasn’t revealed yet and you have to wait and see what he is up too.

Dreams:
I dreamed this same night of that same preacher, he was going to go through hard times. He lost his mom and someone broke into his home. I tried to go comfort him, but he wanted everyone to leave him alone. I told him I am being trained to be a preacher too and he agreed and was less distrusting of me. I knew he was not my husband, but wanted to help him and one of his girl friends was making fun of me. He seemed to trust her more.

There was also something about a girl with dark hair also going through hard times, appeared to be tom boyish, she was trying to make money and another one of her friends was using a saxophone at a thrift store outside type place to make extra money. Her friend was taller then her and also with dark hair. They looked very similar. They used the music to draw ppl in.

Dream of being a bride and groom was not there at the wedding and I was not going to get married till he showed up and everyone was trying to make me get married without him. So I got frustrated and left the party looking for my brother, but he left and I got upset bc I could not find him. I ran to look for him, but he already left. Also my aunt was satan in disguise with his arm wrapped around my mom saying you could have married me and they walked away. I knew in her voice it was him and not really her. You will learn to recognize his voice in others awake or asleep vs the Lords voice the more you grow in the spirit.

Dream: Another dream I was in school again and no one else was there yet except one other girl, I was early. it was an outside college that looked like a stadium seating area.

Dream: I was flying around saving creatures, they did not look like they were from earth, but possibly part of God’s creation in heaven.

“Rise” kept jumping out at my spirit and this was the scripture God led me too which matched the last post that I did not realize went with it: Micah 7:8 8 Rejoice not against me, O mine enemy: when I fall, I shall arise; when I sit in darkness, the Lord shall be a light unto me.