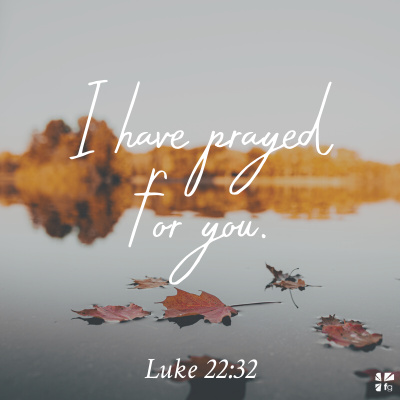 Jesus keeps highlighting this light source glowing behind him lately. It’s been coming up a lot, but also I was seeing some visions of him in darkness on one night. I think the message is the closer we are to him, the more light we see and the farther away, the darker it becomes but he is still praying for us to keep our faith.

1-22 Visions: Was seeing Jesus with darkness around him and then a couple other times I saw his face. One I saw his back and it looked like he was praying on his knee’s. I saw his head and back only. He is our light in the darkness.

Luke 22:32 But I have prayed for thee, that thy faith fail not: and when thou art converted, strengthen thy brethren.

Micah 7:8 8 Rejoice not against me, O mine enemy: when I fall, I shall arise; when I sit in darkness, the Lord shall be a light unto me.

1-24 Vision: Saw Jesus holding a girl with his arms wrapped around her like comforting her. This was a line art type vision with a light source glowing behind the view of them. When I looked at his clothes it turned more realistic and Jesus had his white robe again and a white linen wrapped around his head.

Psalm 112:4 Unto the upright there ariseth light in the darkness: he is gracious, and full of compassion, and righteous.

1-24 Dreams: Was with a group of girls who had a leader who led a group of girls and it felt like she led them to their husbands possibly as well as Jesus. I saw her sitting with them and I was sitting also in a field with grass. I saw Jesus sitting next to her in his white robe, but she did not see him. I felt everyone around me was getting their spouse and was sad. Then a guy showed up, someone I knew from middle school with sandy blonde hair. I felt he was keeping something from me that I found out already from hearing people that he was my husband. I asked him if he heard from God and he said yes and smiled. We were going to get to know one another, but then I started doubting bc I didn’t hear God actually say it to me. I went to talk with the group leader about it. It felt like she was confident he was the one, but I needed more confirmation. I also told her he looked too young and she wasn’t sure how old he was. I also remember talking to the leader about how I do witnessing primarily virtually and she does it in the streets. It felt like I was just visiting them.

Not sure if I added this last post, but I dreamed that God was showing me that he gives prophets a harder time in order to train them and bc he wants them closer. I knew this was the message of the dream, tho I cannot remember the dream.

John 12:35 Then Jesus said unto them, Yet a little while is the light with you. Walk while ye have the light, lest darkness come upon you: for he that walketh in darkness knoweth not whither he goeth. 36 While ye have light, believe in the light, that ye may be the children of light. These things spake Jesus, and departed, and did hide himself from them.

————————————————————————————-
Dream 1-20-There were two dreams something about being first in a wedding for someone else, but some people were trying to sabatage me in some way. The second dream I remember being in my car and the wedding line was all pulled up, but I was able to back my car out and be first in line. The lady in the car behind me was adding things to my dip and messing it up, but I told her before she did too much and she scooped her part out.

Dream: Another dream I was looking at a cheap house but someone else got it before me. I had to keep living with someone but they moved out and someone else moved in that had a baby also. They felt more poor, so all the baby stuff was there for them left by the prior resident.

Dream: 1-22…A little girl was standing close to the woods staring into my door, but I did not let her in and thought it was strange how she staired so long. It didn’t feel like she was innocent or something was wrong. She was a neighbor and I ended up closing the door bc I didn’t trust her.

Dream: A girl was getting back with a guy (dark skinned) and they were at a clothing store that appeared to be expensive. This guy also had a limo, which meant to me he had money. I was watching through the girls eyes and feeling her feelings. At first, she felt she could trust him, but then she somehow found out he was cheating with another girl. She confronted him and he went silent and I felt her pain bc she knew he did. She then tried to get away from him and started to walk home, but he followed her and became angry and aggressive. At some point, she saw two spanish men who were taller and they both told him to leave her alone and surrounded her so he could not hurt her.

Dream: Tbh I am not sure if this was a dream or real, it felt like I woke up to see this very dark shadow near my bed and I prayed against it and it disappeared. This could go with the vision of darkness around me, but this shadow felt very real. I told it to go away and went back to sleep lol

Dreams: 1-9-21 dream of men trying to wake a girl up by throwing her in water but they took the joke too far and was drowning her. A bunch of other girls jumped in to try and save her. She was a pretty blond girl with wavy hair. This was college age adults and all white skinned.

Dream: At a stadium like for a football game and I was next to a guy that his girlfriend cheated on him and he was sad he had to leave her.

Dream: 1-24 Saw a man running out in a desert type area and I was playing the role of his photographer taking pic’s of him.

Dream: A Russian girl had a baby girl who was huge in size and very intelligent. The baby seemed grown up as soon as it was born. Around this same time I dreamed my sister was also having a baby and I was taking her to doctor or hospital? These baby in dreams can be spiritual meanings and birthing something or growth in area’s. It does not always mean your going to have a baby. Seek God for the meaning.