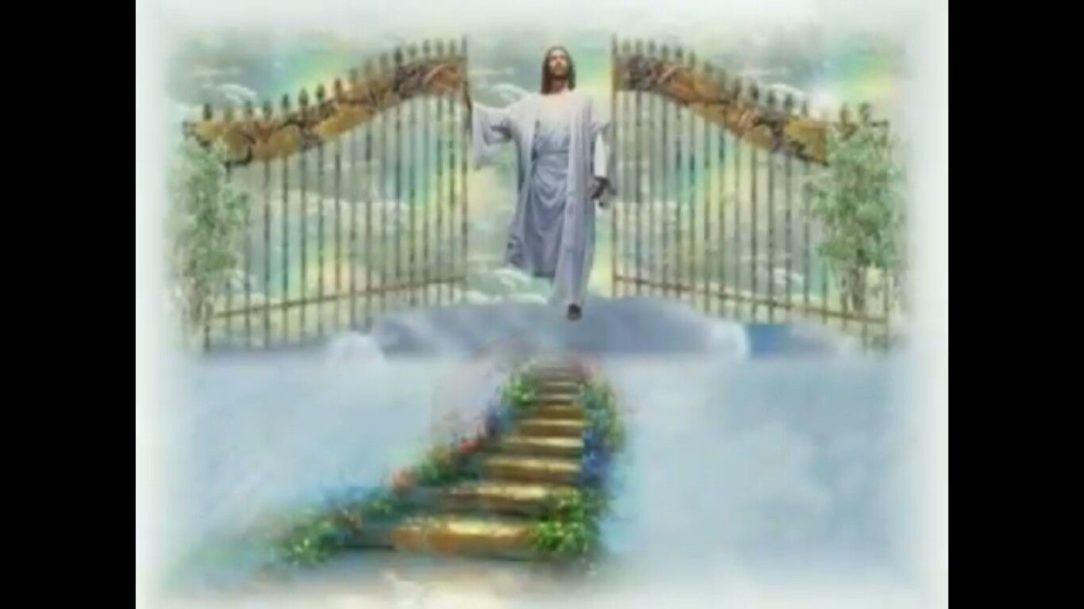 Vision: This vision is the meaning behind the word “beyond” in my last post. I asked God after I wrote the meaning and I had a vision of Jesus standing by a small metal gate. Like the ones in a grave yard. There was grass all around and he was kinda distant with his white robe on and arms folded in front of him with fist closed like he was waiting for me patiently. He was staring at me. I knew it was a message of he is waiting to go beyond the fence. We have him fenced in with our mindsets and things we learn about him, but they are not all true. We fence him in bc of pain we hold onto, or past regrets we can’t forgive and give to him. We fence him in because we don’t understand what he is doing. God wants to take us beyond our imagination and the impossible. He wants to show us things to come and things we do not know, but we limit him with negative or religious mindsets we learned. God can do anything for those who love him, and he can take you beyond this world and with understanding. We just have to surrender even if we don’t understand. He waits patiently, and is not forceful. He waits because he loves us, so I know it’s with a sore in his heart wanting so bad for us to understand him. What thought are you going to believe about God? Everytime I think ok now he is leaving me, he is still there. I think ok I done it now, I said too much. He still waits. I get to where I struggle trusting sometimes, because of all the attacks or storms around me. My religious mindset creeps back in and I feel God is against me, but after all these beautiful visions, how can I possibly think that. Sometimes I can feel my heart becoming hard from so much pain I have had to hold onto and everytime I ask God to restore my heart..he does! He has not failed to do it instantly either! Satan is good at his mind games, but God’s love is better! His love is more powerful, so he is who I trust and he is who I want to follow. Satan would never die for us, but Jesus did! Satan is pushing, controlling, condemning and revengeful, but Jesus is patient, love, humbled and kind. Love wins everytime and he is teaching us love is patient! The silence means he is waiting on you!  Jesus is the only way through the gate!

——————————————————
First Flood Dream: To kind of go with this I was having what I believe to be end of world dreams again of floods on the earth and control ruling the world. I have had many of these if you go back and read my entries. The reason it goes with the vision is because Jesus is not controlling, he waits patiently for us to choose him, but he who is coming is more wanting control over the world in a bad way. All these dreams are very similar to having limited land and resources all around. I dreamed there was limited land available and ppl were being creative with how they built their homes higher up. If you got new or better land you were lucky, and everything was very dirty it seemed bc of the dampness and dirty water all around. There was something again to do with irish or scottish type men around leading these families on these patches of land. They had to takeover more bc there was some kind of authority that ppl were scared of. I could feel their fear of them coming. Everyone went out in groups together and they stuck together if they went to get food.
Second Flood Dream: I was in this high apartment type building and there was no land all around but only water. It felt like a New York type place. I was not myself, but a man picking up a girl in this dream apparently I had liked. I was able to fly on this dragon type thing that was dark with seats in it and I went to pick her up on top of this apartment type place that was also all black windows all around it. For some reason I sat straight but then ended up on it backwards and it went up very high by the stars but I had a hard time controlling it bc I could not see. At some point it was able to steer, but not very good and we were too close to the ground with water that covered it, so I took back over and controlled it. There was something to do with a couple looking in one of the apartments at the very bottom floor and a dog got lost so someone put it in there with them. They let it go back out after they looked at the apartment. It seemed like there was kids in there too, but they were only concerned with the apartment and not the animal or kids.