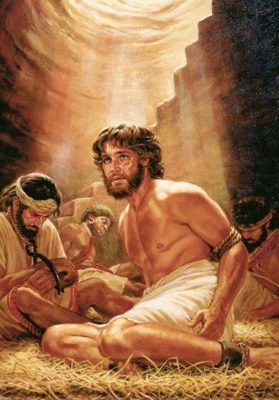 I promise if you read to the end, you won’t regret this message from God.
I was wrestling with God why he left Joseph in the prison so long. I was struggling with why so many of us suffer longer if we are just wanting to follow his will. Then he gave me this dream of his Queens, Kings and his Servants.

I dreamed I was first a servant with others and I had my area and they had theirs to tend too. I would get a shipment and have to prepare it as my work. I saw one of mine was broke and I decided to look in a couple spare bags and found one part to add to mine, but was thinking am I taking this from someone else that may need it? There was an umbrella in the bag also and I thought about taking it for my area, but the girl said, I think that belongs to a girl here, ” so I put it back. Then I was holding a baby I was taking care of with my things I had to tend too like the others. There were people sitting behind me giving me advice. They seemed like three wise people. At one point I was even helping the younger servants understand training. Then someone came and took the baby out of my hands to take care of it for me. This lady almost felt like an angel. I could feel her happiness and loving pure nature.

I look over at the TV and heard the Kings and Queens talking and the servants seemed not happy about their decision. Somehow I ended up as one of them and was now a queen. I was now in a palace and no longer a servant. We were fighting against the angry disobedient servants. They were trying to get in to us in the palace kitchen. We were ready to fight, but someone said we need them and how will we get home. Another said let’s leave them all. Then another person suggested only taking the obedient and nice ones and I agreed and repeated what they said. It seems they liked this plan. I understood the frustrations of the servants bc I once was a servant and wanted to reason with them.

Intrepretion: In order to be a King and Queen like Joseph we first have to be humbled and trained like Jesus. We first learn to serve and understand a servant position first. It teaches us patience, compassion and to trust God has a better plan in all situations. Do your trust a spouse even when things look bad? I am speaking to myself also, bc sometimes it can seem like God isn’t working. We have to also learn he see’s every detail… if we think taking one thing is ok, remember he is watching every move to see if we have King and Queen quality in us. Not all are chosen to be Queens and Kings here for a bigger purpose, but those who were pruned,refined and purified. Not all will get through the constant testing and trials to be prepared like Joseph was as a King, but we all are being prepared for something greater he has planned for our lives. Joseph was on his way to be a King and he had to be ready for it for a bigger purpose….to help lead God’s people. I can see God is showing me Joseph was not ready to move up, so he stayed until he was fully prepared. When he was ready, he made him a King. God brings up every little thing beneathe the surface to show our flaws so we have an opportunity to improve and we can move up. It’s our choice to be disobedient and bitter, but we are only hurting/delaying our future and something bigger he has planned for us.

If you know God has called you to be a Queen or King, the faster you obey/listen, the faster you will get into your position. However, it’s not all about you so that is why his time is perfect. Jesus was humbled and suffered greatly, but then once he completed all his task he got his crown too (tho he always had it)…but it was an example for us. He rode in on a donkey with sackcloth on and not his full army of horses and angels like he could have. He was a humbled and prepared King for the purpose of others, who was once like his people. God watches everything we do to see if we are King and Queen material. Not all are if you look around, but all are able to be if they wanted. However, anytime we suffer it’s an opportunity to go higher and move up to something better he has. We only suffer because we don’t understand and fight it and we get too attached to things or people. Our home is not here and nothing should take the place of God. He desires to move us higher! We should surrender to that…it’s just his ways of doing it that we don’t quite understand always. His plans are always for a good expected end like Joseph, Job and Jesus…Jeremiah 29:11 For I know the thoughts that I think toward you, saith the Lord, thoughts of peace, and not of evil, to give you an expected end.