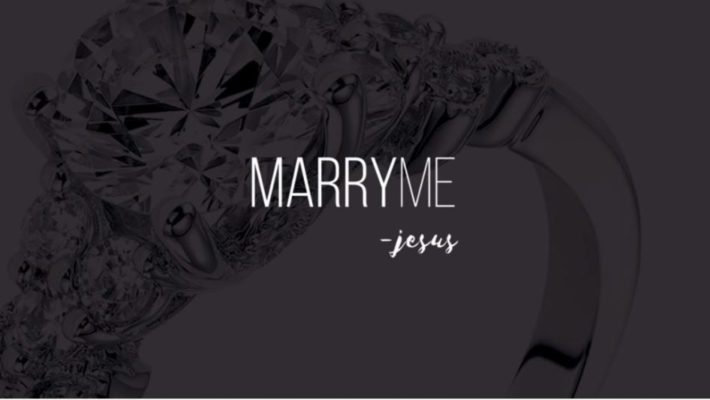 The very next day after posting that Jesus said “Marry Me” in the same sequence as last time I saw it, but different locations I see this (click video link below)…A coincidence…No way there is this many coincidences. Confirmation! My heart felt broken and I struggle to feel good enough many times, and just when I needed it…he confirms his love still! Pay attention and he will show you many mysteries like he promised…If I can hear him upon waking or with his visions he gives, I can see him moving in all my life and that is my faith. He loves you that much to show you in many ways! The song he sent with the words “Marry Me” will uplift your spirits.  He searches for his bride…

Vision: I see Jesus again talking with a man and I believe it was the same man. They were in line art outlines this time, but I felt the scene was in a home again. I am not sure who this man is. Is he the strong man Jesus keeps talking about? This time I see the left side of his face and they are both facing left ways. Jesus was very close to him almost touching faces talking, like saying they are close. They are so close they have conversations it seems.

Dream: I was dreaming of a friend of mine calling saying she was in with Toshiba. With Toshiba cars somehow she found her spouse. I then heard another girl with excitement saying is that how God is connecting marriages – with cars?

Dream: I dreamed of two guys one white and the other dark skinned breaking into a store to help feed their families. The white guy started second guessing it and the dark skinned guy said we have too. If your reading this, do you trust him to feed you?

Dream: I saw a youtube video of a guy talking to his toddler girl with blond hair and he had a very beautiful singing voice. The toddler was pulling the strips of floor off and eating it. He stopped singing to tell her no.