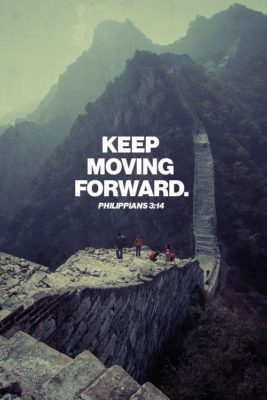 I saw in big white words “Let’s Go” and I knew God was saying let’s keep moving forward with his plans despite what we see around us. Do not worry about tomorrow God say’s in Matthew 6:34.  As always God works with each of us individually with his words, so ask him to confirm and seek him out in all prophetic messages. Learn to hear the holy spirit for yourself and for your direction and guidance from him personally. He loves to speak to his people.

Heard: “He never takes away the anointing, he only heals it.”

Dream that came true: I dreamed of a school bus white and it looked high enough for two stories. It had a kitchen and stove, bathroom and wood flooring. I saw a guy driving and a blonde girl. I was on the bus with many kids and I saw the man was poisoned with fumes and then the woman. I tried to save them, but instead could only save the children. Some women came to help with the kids and I told them to go help the man and woman also. I had this dream yesterday, and today I was watching youtube and I see this video about a bus conversion. I didn’t pay attention to it looking like the bus I saw until I saw the inside with wood floors just like the ones I saw in my dream. Then I see a stove and similar features to what I saw. There was a man and blonde woman like the one’s I saw in my dream. I look on the woman’s arm and I see a witch/magic symbol and then it made sense. They also had a daughter. I realized God was showing me they were poisoning each other and their daughter bc of their beliefs. My interpretation of this dream: It was like God was showing me I was praying spiritually for them, and was able to save their children, but someone else may be able to save them. I ended up leaving this bus to try and go back to my son in elementary school, but this could have been a meaning of when their children will be saved. I never know who I am praying for in spirit or who I am helping….but God does. The part I do not understand is, why there were so many children that I helped to save. This could be a double meaning, bc below I also dreamed of helping many kids in an elementary school setting.

Dream: I was dreaming of fighting against the dark side in an elementary school. Half of the elementary turned dark and the kids were running frantically. There were a few people helping and one I assumed was an angel with blonde hair and no legs. I ended up seeing the future and she was going to be in trouble, so I moved her position before it came true. There was a man in this dream also helping fight and for some reason he felt very strong and powerful spiritually and I wanted to be close to him. I tried to find him, but he was busy fighting somewhere else. Not sure if this guy was my strong man, but I felt and loved his strength in helping the kingdom. Was it Jesus or Jesus in this guy bc it was very powerful and I felt drawn to him.

Dream: There was another dream where I was also fighting with a group to get rid of demons. Don’t remember it fully, but I used some kind of whip in it to keep demons away.

Dream: I was in my grandma and grandpa’s old apartment, where my grandma who passed away was talking to me. They were preparing stuff bc she was getting ready to die, so I had to find a place to live. I told her she was gonna love her mansion in heaven and she just looked at me. She had Godly words all on her fridge. I think I understand the meaning according to other dreams, but I am afraid to say it.

Dream: There was two poor girls but eventually they built a huge dorm building for students and had money. They allowed a homeless person to sleep in it. They seemed giving. A guy was still working on it and a bridge outside that was not fully connected yet. Possible Interpretation: The funny thing is today I was watching two poor girls who were living in a small van together bc they lost their home and both were in college. Was God showing they would eventually be on top again and the bridge would finally connect for them to be successful. Is God doing a new thing & showing me future people I will see and their future path in these dreams now?

Repeated Words I keep seeing: Surprise or You will be surprised