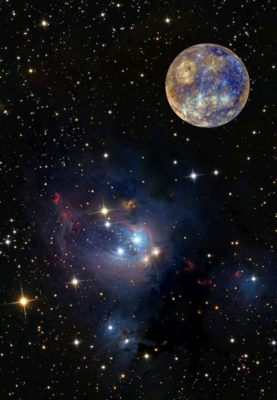 John 13:12-21
12 So after he had washed their feet, and had taken his garments, and was set down again, he said unto them, Know ye what I have done to you?
13 Ye call me Master and Lord: and ye say well; for so I am.
14 If I then, your Lord and Master, have washed your feet; ye also ought to wash one another’s feet.
15 For I have given you an example, that ye should do as I have done to you.
16 Verily, verily, I say unto you, The servant is not greater than his lord; neither he that is sent greater than he that sent him.
17 If ye know these things, happy are ye if ye do them.
18 I speak not of you all: I know whom I have chosen: but that the scripture may be fulfilled, He that eateth bread with me hath lifted up his heel against me.
19 Now I tell you before it come, that, when it is come to pass, ye may believe that I am he.
John: 12:26
If any man serve me, let him follow me; and where I am, there shall also my servant be: if any man serve me, him will my Father honour.
———————————————
Angel Took Me To The Galaxy

It started out as a dream and I was trying to help this girl who was either famous or rich and she had put on weight so her boyfriend was leaving her. I sympathized with her and was trying to give her advice. She was always on her cell phone the whole time not paying full attention to me, but she liked me around giving advice. She was younger maybe 20’s with long brown hair and was very pretty with brown eyes. First, we sat in chairs while I gave her advice on how to loose weight, then she went under a table to hide away and then to someone else’s house under a table where they were all offering her almond milk but she would not accept any. I told her no one has offered me any, but deep down I really did not care. I knew it was bc of her position on earth, but I knew my position was higher with God not on earth.

I started thinking how nice it would be to visit the galaxy and then an angel man came and took me up through this portal hole and we were traveling very fast. He was holding me while flying through it, but after we came out of it I could fly myself. It was so beautiful and felt free! I saw different colorful stars and white or gold stars, but they seemed to be spaced more apart once we got there. I saw lines and rows of bright small orange stars together. We flew around and never used our voices, but our minds to talk to one another. I remember thinking It was lonely up their bc it was just me and him, and was this my position to help keep watch, but he told me no. I thought to myself, yeah a watchmen has walls.

He then took me back to earth where I could still see the galaxy all around us near the earth, but other’s could not see it or us. Whatever I entered into I was now invisible like an angel on earth. We went to help a guy working on something with a chainsaw and wood piece. This scene was at my home growing up, so was this my dad bc he had black hair, but I did not see his face. My dad was always working on projects he could make. The angel got very close to what this guy was doing, kinda looking at me and joking like oh he is gonna cut my hair off. This angel had a sense of humor, but the guy never saw the angel or me. Then we went to walk down the street and it was my old neighborhood I grew up in. I said can you teach me how to fly and I tried to do it myself and could not, but when he helped me by touching me I could. We were running down the road trying to fly and laughing. I enjoyed him being there and didn’t want him to go, but I knew he was getting ready to leave. He looked normal and not look like an angel, he had dark hair and white t-shirt on.

It’s almost like he took me back in time to say angels were with us all along and also because of this story my sister and dad told me in that house years ago. My dad sister TC and cousin was all there and heard a harp playing. My mom was there by my dad, but never heard it. The funny part of this story is my sister said her and my cousin were pretending to be angels. I’ve always known they were with us all along. I felt God with us a lot in that home. I used to talk to him for hours when I was younger. This is where I also had the first vision of the man and woman sleeping in the sky representing…God was writing my future love story. I always knew what the meaning meant, but later dismissed it as a dream and went back into the worldly way of thinking.  I feel actually sad today wanting him to come back, because I miss that feeling of peace, happy and protected.  He felt like a friend you don’t want to leave.  I think God sent him bc I told him I was sad last night to help cheer me up bc it did give me hope for the things unseen.  It gave me hope, there is happiness beyond this world with God and his angels.

What’s even more amazing to me is a couple post back is I saw a word of ‘binary” and I was being moved from place to place by God…then i come across this article about the binary black holes in the galaxy. Is God trying to reveal something? https://www.tasnimnews.com/en/news/2017/12/01/1589380/supermassive-black-hole-binary-photobombs-andromeda-galaxy-tightest-pair-ever-seen