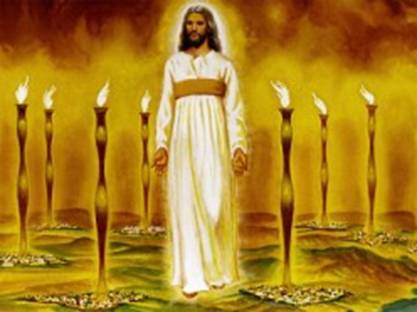 I have been away for some time dealing with some things, but God was still giving me visions/words to encourage me and teach me. Tbh I did not feel like writing them at that time because I was discouraged, but Jesus restored my heart again. I will give the one’s I did write down, but I did not document all my dreams this time though I continue to have many still.

First, I want to say yesterday I finally stopped being distant from God and he answered my prayer bc someone left me for a week I thought was my friend. I became depressed again bc this keeps happening and I did not understand, but now I kinda see the pattern of why. I asked Jesus if this person could skype me and I saw a vision that night of messages on my skype. I woke the next day and this person did message me as Jesus said. I was like wow. Not only did he answer my prayer with this, but he answered my prayers I prayed for other’s I witnessed too. I felt his spirit come over me so strong this time. I wrote one message down below.

First Vision I saw Jesus sitting with his knee up and looked like his arm was over his knee and he was looking out into the distance as calm as can be and it seemed everyone around me was panicking about things and telling me, but I remember how calm Jesus was. Kinda like in the boat when the storm hit and all the disciples were all panicky and Jesus was like why don’t you trust me.
The second vision I had of him I saw him walking away and he was standing by horses mules idk what animals and I saw patch work on his elbows. Like his robe had to be patched up. Almost like saying when you are distant I need mending too.

The third one I saw yesterday of him and he was in his white robe and there was gold layers/sash all through parts of it. This time more pure white and the gold was bright gold. He was walking up stairs and being given a gold rod. Everything was white all around. I believe the man that handed him the rod was an angel. His back was also to me this time. I know why, bc he knew I would be distant and frustrated with him. He lets me know this hurts him. Jesus feels like we do when he loves, why else does he show emotions all in the bible too? We are made like him and he loves us, so it hurts him if we are distant. It’s a true relationship and he let’s me know that it bothers him too.

Heard: Prophecy drop
Heard: A Man whistling like he was happy
Dream: I visited my friend Rodin and something about visiting a museum, taxes and trouble with cars. I had this dream a while ago and did not write it down fully so I forgot most of it.
Jesus responded to someone I spoke with yesterday about reincarnation: This man believed in reincarnation and I told him no God did not do this. Jesus responded and said, “It’s Mercy not Reincarnation.”
Words: “Suddenly” This was referring to the strong man coming. He will come suddenly and God keeps repeating this.
Dream: I dreamed we were all attending my dad’s funeral again, and my sister also had a dream last week he died. We are praying against this one, bc we did just find out he could have a lung disease.
Had a vision of a man one night and then next day I was watching a video and I saw the same face.