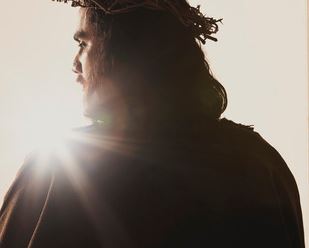 Vision: I saw Jesus in like monotone color palette of browns and he was looking out at something, almost like with dark shadows. I saw him in like a pinterest image ad.
Heard a female say: “There is something different about you” and I said…”It’s Jesus inside me.”
Dream: I dreamed of a dance type place which could shoot you fast and then turned into like a library where ppl saw a snake wrapped around me and thought I was evil bc of it.
Dream: I dreamed I was at some kinda of event with my friend Phil and we drove and I saw what he looked like. We ended up going to an old graphic design job I used to have for some reason.
Dream: I talked to the guy at my work ab him being prophetic and the vision I had of him as Jesus missing in his life.
Dream: I dreamed of a future event like I was playing the role of someone in the presidential office. The president died and his wife was in charge and she was very evil. They had invented some device to help u fly at that time and she flew into some secret place they had and we knew the code to go down back to the white house, but could not give it to her and was afraid if she knew we were lying what she would do to us. She took us then on a white boat docked where they were chopping us humans and saving parts for something. Her name was like Avian or something around that.